Home / External Relations / Russia and Greece: One Way Ticket from Athens to Moscow! 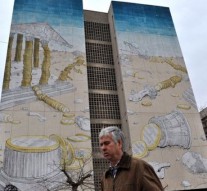 No Comments on Russia and Greece: One Way Ticket from Athens to Moscow! 90

Russia and Greece, two countries taken over by the politics of humiliation, seem to keep moving closer, in an apparently long-lasting relationship. But if they share various analogies, they also have differences in their ways to approach the EU.

Reading the articles and listening to the news, it is pretty clear that something has changed in Europe. The so-called “politics of humiliation” – as far as we can remark – seems to have finally taken over in Europe.

In particular, if we consider two countries as Greece and Russia, we assist in both countries to a fiery rhetoric on nations being left behind, with their pride and expectations being trampled, and, of course, their wellbeing attacked at the heart by external evil forces.

Alexis Tsipras, the Greek Prime Minister, has often accused his country’s creditors of attempting to “humiliate our people”, while, on the other hand, we can find online statements by Vladimir Putin announcing that 40 intercontinental missiles would be added to his country’s arsenal. The Russian President conceives that as a retaliatory measure against what he thinks are western attempts to keep on “humiliating and intimidate Russia”.

Russia and Greece share lots of analogies, but also differences in their specific relationship with the EU.

Russia and Greece: Analogies and Differences In the first place, a huge difference exists among the two types of oppositions to the EU between the two country leaders, namely, Putin and Tsipras.

This particular heterogeneity of oppositions translate into acts of varying degrees of gravity – from a military aggression on one hand, and the threat to the eurozone on the other.

Let us consider now that both countries share a common notion that national feelings have been severely damaged, and that amends need to be made as soon as possible.

The frequent trips to St Petersburg made by Tsipras tell a lot about the need of the Greek Prime Minister to talk to the Russian President and seek solace in a meeting with him – we are just wondering,  but maybe these are all pieces of a puzzle explaining the new alliance between the two countries.

Of course, we have to contextualise their comments, taking into account the specific diplomatic position they are holding within the international community.

We already know very well that Greece’s negotiations with creditors have got closer to crunch time. On the other hand, Russia’s regime pursues a strategy aimed at rewriting post-cold war rules to its advantage, after having launched a war in Ukraine last year.

But the perception of humiliation is real nonetheless in both countries, and in international relations. Just few examples of careless rhetorical can anyway leave long-lasting damage. As the language of humiliation reached up to hysterical heights, it is increasingly hard to see how the involved parties can climb down to a more diplomatic level with the European Union.

The Apparently Long-lasting Relationship Between Greece and Russia Within the political framework we have just analysed, Russia declared to be ready to provide financial assistance to Greece, as said by Anton Siluanov, Russian Minister of Economy, in an exclusive interview with Cnbc in Moscow.

Greece has not submitted any formal request, but Siluanov confirmed that if Greece will do that one day, Russia would take it seriously into account.

Athens and Moscow keep on moving closer, in an apparently long-lasting relationship. It all started when the new-elected Greek government held by Alexis Tsipras submitted its veto against the EU proposal of new sanctions against Russia, towards the political crisis exploded at that time in Ukraine.

Anyway, there is a quite profound sense of mistrust in Brussels and Berlin towards the new developments in the Greece-Russia relations. Moreover, European Capitals complain about the Greek bold behaviour, a country who should act carefully, given the very fragile financial domestic situation and the pressing deadlines in the next months.