Home / Energy / Russia: the dominant gas supplier for Europe up to 2040 and maybe more 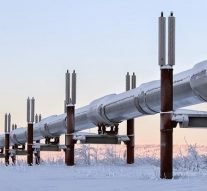 No Comments on Russia: the dominant gas supplier for Europe up to 2040 and maybe more 397

Current relations between Russia and the EU are the worst since the end of the Cold War. Despite the often rocky interaction, the European and Russian economies are highly complementary. This has led to a level of dependence that has become a problem for certain countries.

The complementarity of the economies has been mutually advantageous for decades: Russia exports vast volumes of raw materials and imports finished, often high-tech, machines. These exports primarily include energy products such as oil and natural gas. Also, after the annexation of Crimea sanctions were introduced that reduced Russia’s access to Europe’s financial sector.

The Russian-led conflict in eastern Ukraine’s Donbas region and the construction of the Nord Stream 2 gas pipeline from Russia to Germany are the two most contentious issues on the Euro-Atlantic security agenda today. Each is at a dangerous impasse. Linking the two would broaden the space for negotiation and provide opportunities for potential trade-offs. This could lead to a resolution that would be in the interest of all parties, especially considering their Energy market interests.

Energy imports have remained stable, except for the pandemic period, which is worrying to many European countries.

The level of dependence differs for each country. Due to historic reasons, Gazprom’s market share is the highest in Eastern Europe. The West and North, in contrast, have a far lower level of dependency where domestic production is higher (North Sea region) or nuclear is used in more abundance (France). Eastern Europe is, therefore, usually more vocal in its opposition to Russian energy deals.

Therefore, the EU has set out to strengthen the resilience of the market and reduce dependence on a single producer. First, new rules and legislation have been introduced to lessen the influence of energy companies and protect customers. Second, physical measures have been taken such as reverse flow capabilities and additional cross-border infrastructure between member states. Third, diversification has been another important tool to strengthen Europe’s position concerning producers. Despite these intentions, Russia will remain the most important exporter to Europe for decades.

According to S&P Global Platts Analytics, Russia’s exports to the continent will remain growing and its market share will rise even further. Currently, 30 percent of the gas consumed in Europe can be traced to production locations in Siberia. The report predicts that this could rise to 40 percent by 2040.

The most important reason behind this rise is Europe’s rapidly decreasing domestic production that needs to be substituted. Also, Norway, the no. 2 exporter, will gradually reduce exports due to the natural decline of its fields. The country currently exports 110 bcm annually that will reduce to 100 bcm in 2025, and even 60 bcm by 2040.

Meanwhile, Russia’s resource base is expanding partly due to global warming. The Arctic region, which is thought to contain $35 trillion of untapped oil and gas reserves, is increasingly accessible for exploration and production. Currently, an average of 650 bcm/year is produced that could rise to 750 bcm in 2025 and an astonishing 850 bcm by 2040. Of this amount 390 bcm, more than half could be destined for exports.

However, the path to energy dominance is not a certainty for Russia. There are several threats to its current position and future outlook that cannot be controlled by Moscow. First, Europe’s diversification policy has fostered some results notably in southeast Europe where gas from the Caspian is being pumped through the Southern Gas Corridor. Russia has been quick to respond with the construction of the Turk Stream pipeline.

Also, energy transition and decarbonization initiatives are rapidly gaining traction which could lessen demand for fossil fuels and hurt Russian exports to the continent. Despite the inauguration of the Power of Siberia pipeline to China, Europe remains Russia’s largest and most important customer by far. Therefore, Moscow is negotiating a second pipeline to China, this time from the Yamal region as insurance against dropping demand from Europe.

Nevertheless, Russia will do everything in its power to maintain its position as the income from energy is too important. Already its gas is the most competitive in Europe which means that in a race to the bottom Gazprom always wins. Furthermore, Moscow is not sitting idle as its looking for new export opportunities for products such as hydrogen. Therefore, Russia will remain an important exporter of energy for quite some time despite Europe’s best intentions.