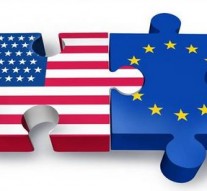 No Comments on Securing social standards in the TTIP 67

On 2 December, the Employment and Social affairs committee (EMPL) of the European Parliament has held an hearing on the social and employment aspects of the Transatlantic Trade and Investment Partnership between the EU and the US.

Although important economic opportunities are expected to come from the conclusion of this important trade negotiation, other issues are emerging with respect to the occupational and social consequences of the agreement.

The president of the EMPL committee Marita Ulvskog (S&D, Sweden) stressed the importance to secure the EU social standards while conducting the negotiations. In particular, a major concern regards the fact that the US has ratified only 2 out of 8 fundamental conventions of the International Labour Organization.

Arguments against the TTIP are also supported by a study of Jeronim Capaldo published in October 2014 which points out the negative consequences that TTIP would have on the EU internal market. According to Capaldo, the TTIP would lead to net losses in terms of GDP and job incomes as well as job losses and a reduction of the labour share of GDP. The analysis, based on the United Nations Global Policy Model, shows that in a context of protracted austerity and low growth especially in the EU and the US, the TTIP would favor “economic disintegration”. The author also claims that the main studies of TTIP (including the assessment by the European Commission) which project net economic gains for all countries involved, are not reliable and use unsuitable economic model. These arguments are also endorsed by the European Trade Unions’ Confederation that expresses serious doubts on TTIP’s capacity to create new and better jobs.

However, according to the EU chief negotiatior, Ignacio Garcia Bercero, in no way regulatory cooperation between the EU and the US would entail a reduced regulatory autonomy of the parties and any provision would affect social and healthcare rights. Negotiations, claimed Bercero, are also pushing for the introduction of a specific chapter on social and employment provisions that would safeguard the employment and social aspects.