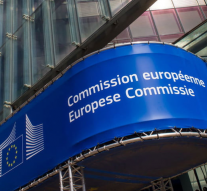 No Comments on Spring economic forecast 2019: important data ahead of the elections 35

The European Commission cut its growth forecasts for the Eurozone economy at the beginning of May. According to the Commission this was mainly due to slowing of global trade, manufacturing sector weakness and even Brexit uncertainty. In its regular Spring economic forecast, the EU Commission said it sees 2019 growth of 1.2%, followed by a moderating rate of recovery to 1.5% in 2020. The latest forecasts are weaker than their February outlooks. The executive branch of the Eu’s latest statistics underline trends of a continued economic slowdown all over Europe: Germany, Italy and France — the eurozone’s three largest economies — will all see notable reductions. But Italy, driven by a populistic government, is expected to show the most severe slowdown, with a growth rate of just 0.1 percent (down from 0.9 percent in 2018).”Subdued economic growth and fiscal loosening are expected to affect public finances, with both government deficit and debt projected to increase substantially,” the EU Commission exhorted. Italy is last in Europe for growth, investment and jobs. Italian prime minister Giuseppe Conte assrted that the Eu Commission’s new economic forecasts “seem ungenerous to me” and accused the EU to have “a prejudiced attitude” because of the fact that it asserted that the government’s budget measures “would not have an impact on growth”. But the overall situation in Euro area is quite positive. “In six years of economic expansion, 10 million jobs have been created in the euro area, and the employment rate has increased to the historical high of 72%, investment as a share of GDP has recovered to close to pre-crisis levels, and fiscal deficits have decreased substantially in all euro area countries though remaining at different levels. However, the slowdown of economic activity in recent quarters has been sharper than expected and reflects a confluence of factors – external and domestic, temporary and more persistent. Among them the slowdown in world trade, with a disproportional impact on export-oriented manufacturing in the euro area, and the problems related to implementing new emissions tests in the car-manufacturing sector played a particular role”. said Marco Buti, Director General, Economic and Financial Affairs, in a foreword to the European economic spring forecast 2019. “The European economy is showing resilience in the face of a less favourable external environment, including trade tensions”, commented Valdis Dombrovskis, Vice-President for the Euro and Social Dialogue, also in charge of Financial Stability, Financial Services and Capital Markets Union. And a more positive outlook for the next years are those envisaged by Pierre Moscovici, Commissioner for Economic and Financial Affairs, Taxation and Customs: “the European economy will continue to grow in 2019 and 2020. Growth remains positive in all our Member States and we continue to see good news on the jobs front, including rising wages”, he said. According toEurogroup President Mario Centeno, the euro area’s economic slowdown is temporary though political action is needed to address risks that have been accumulating. “The Commission’s forecasts show that this slowdown is temporary,’’ Centeno said in an interview from Brussels with Bloomberg Television’s. “We must act politically, take decisions very quickly on issues that have been accumulating risks in the last one or two years”, he added. Centeno, who is Portugal’s finance minister and chairs meetings of his euro-region counterparts, said he’s urged politicians to take clear decisions on trade and Brexit. The euro area also has to prove it’s able to make progress on reforms, and the risks that have accumulated in some countries over fiscal performance need to be be reduced. “This is not an issue of the fundamentals of the euro area,” Centeno said. “The fundamentals are strong. We need to take political action at this stage”. The latest economic forecast arrives in a crucial political period for the Eu, in face of the next decisive European elections. As confirmed by this economic data, in the race against populistic and nationalistic movement in Europe moderate political forces need to be focused on jobs creation and on sustainable growth. Another factor to be taken into account is that the public perception of the national economy varies drastically between different EU member states. In the Netherlands and Luxembourg, 93 percent of the population say the state of their economy is good, whereas in Greece, only two percent do so. It is true that, as highlighted by the EU, labour market conditions continued to improve despite the slowdown in growth towards the end of 2018. Unemployment in the EU – at 6.4% in March 2019 – has fallen to the lowest rate recorded since the start of the monthly data series in January 2000. Unemployment in the euro area is currently at the lowest rate since 2008. And the unemployment rate is expected to continue to fall in the EU in 2019 and is set to reach 6.2% in 2020. But on the other hand, this data sharply counteracts with the situation in poorest European country, as Italy, Spain and Greece, that still face high level of youth unemployment.