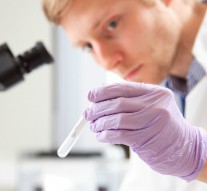 No Comments on Starting Grants 2017: a funding scheme for young scientists 392

For those young scientists interested in making the transition from working under a supervisor to becoming an independent investigator, the European Research Council (ERC) have launched a funding scheme, called Starting Grants.

The programme is conceived to support young talented research leader in gaining independence in Europe and in building their careers.

For other more calls for proposals, have a look at our section EU Funding opportunities.

The scheme targets promising researchers who have the proven potential of becoming independent research leaders, that is to say researchers of any nationality with 2-7 years of experience since completion of PhD, a scientific track record showing great promise and an excellent research proposal.

Potential for research independence and evidence of maturity – concretely ,at least one important publication without the participation of their PhD supervisor – must be shown by applicants for the ERC Starting Grants, called the Principal Investigators (PI).

Among their accomplishments, they can also enumerate a list of invited presentations in well-established international conferences, granted patents, awards, prizes etc.

Applications for an ERC grant must be submitted by a single Principal Investigator (PI) in conjunction with and on behalf of their host institution, called the applicant legal entity.

Any type of legal entity, including universities, research centres and undertakings can host the PI and his/her team. Legally the host institution must be based in one of the EU Member States, or one of the associated countries.

Research must be conducted in the Host Institution (HI). For example, it could be the HI where the applicant already works, or any other HI located in one of the EU Member States or Associated Countries. It is not necessary for the PI to be working at the host institution at the time when the proposal is submitted. Should the proposal be successful, a mutual agreement and the host institution’s commitment on how the relationship will be established are nevertheless necessary.

Normally grants will be € 1.5 million for a period of 5 years (pro rata for projects of shorter duration), but an additional € 0.5 million can be made available to cover eligible “start-up” costs for researchers moving from a third country to the EU or an associated country and/or the purchase of major equipment and/or access to large facilities.

Proposals are evaluated by selected international peer reviewers, who are in charge of assessing and scoring the proposals. As their sole criterion, reviewers evaluate both Principal Investigator and his/her research project on the basis of excellence.

Candidates who pass the quality threshold are ranked and, depending on the call budget available, a budgetary cut-off applies to the ranking list. Only the highest ranked proposals are offered an ERC grant until the call’s budget has been used.

Grants are awarded to the host institution, which have the explicit commitment to offer appropriate conditions for the Principal Investigator independently to direct the research and manage its funding for the duration of the project.

More information on the application can be found on the Commission’s website.