Home / Opinions / The Migration Compact: a Marshal Plan for Africa 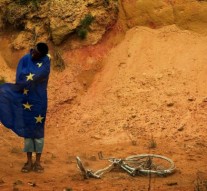 No Comments on The Migration Compact: a Marshal Plan for Africa 184

On 3 June, the Italian newspaper “La Repubblica” published an interview with Angelo Scola, Archbishop of Milan, about the issue of migrants.

During the interview the Archbishop pointed out that by Germany and Austria’s tactic of closing their borders has failed.

Closing the Balkan route has not solved the problem of emigration but, it has rather sharpened it – especially for Italy – as evidenced by the increased number of 13 000 landings over the past week.

Scola denounced the failure of politics of fear and indicated the mixing of cultures as a solution to encourage integration as citizens, to be built by creating new fairly-remunerated job opportunities.

For Scola, integration does not mean assimilation but rather multiculturalism, based on respect for common rules.

The Archbishop stressed how the Milanese Church has been mobilised through local religious orders and parishes to help welcome migrants.

But these efforts are not enough, as a larger project is needed. Angelo Scola raised the idea of a Marshall plan for Africa led by Italy, also thanks to its geopolitical position in the Mediterranean.

In this sense, the Archbishop of Milan recognizes implicitly that Matteo Renzi has fought for this line when he proposed the so-called “Migration Compact”, a bailout plan for Africa intended to foster investment projects in African sending countries, to be financed by the issuance of Eurobonds.

In return, those countries should cooperate with the European Union to contain the flows of migrants.

Such future-oriented project is based on the assumption of an accomplished European Union, which builds bridges rather than walls.

The Migration Compact proposal is probably the best made by the Italian Government so far, and it involves the vision of a European Union that, by issuing Eurobonds, will act as a single economic entity.

The solution of the debt crisis in the Mediterranean countries should be based on a similar logic, but each country proceeds on its own, in this case.

Read NEU Issue 37 for the latest developments on Greece.