Home / Future Europe / The waves and the riptide 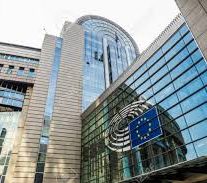 No Comments on The waves and the riptide 20

As of today, two long-established European parties control 401 out of 750 seats in the European Parliament. This will change. Indeed, over the last 5 years, the impact of austerity, climate change and the digital revolution have increasingly eroded the consensus towards the EPP and the PES. New parties emerged or previously small ones enlarged, in different ways and with different goals.

However, this doesn’t mean that PES and EPP are set to fade away. Their structured and wide presence in all EU countries gives them a unique advantage – it buys them time to rethink their strategies, find new leaders and energies to give reasons to people to vote for them. At the same time, this possibility must be seized soon, or they will fade away – although not immediately.

Besides structures, that buys time in society, the other incredible advantage of these two parties for the negotiations ahead is the experience. Both the political groups are very familiar and comfortable with the negotiations that will take place right after the elections to compose an alliance for the new European Commission. Others are not. They know where their internal divisions lie and how to overcome them for the greater benefit – seizing a slice of the cake. Moreover, an unexpected event is now providing a blessing for the S&D Group – delayed Brexit.

All in all, a new generation of politicians is about to enter the Parliament in Brussels and Strasbourg, but it’s not a whole new generation of parties. They will be kingmakers in any case. The question, in fact, is rather how clever and farsighted they will be in doing so. If they will be able to understand current societal issues and worries and accept to cooperate with others, putting an end to grand-coalitions, one of them will win. With new allies.

For now, let’s take their resolutions for good and quite drastically. This energised group of parties will not be part of their coalitions if they win. Ok, but still they are expected to win all together about 82 seats [2]. So you can’t really ignore them. And how to control the house without them?

Macron stays as a question mark. He is playing with folded cards – let’s see who wins first and then with whom I get better chances. Clearly, he is very close to ALDE. Less clear is how much he is available to bridge with EPP and PES.

The other interesting players are GUE, the Greens and ALDE itself. Interestingly enough, though, they are not expected to get more seats than now. How come? One might ask. With all the Fridays for future going on and the social crisis injecting new energies into the left and new liberal parties popping up here and there? It is all correct. But still, the Greens are way stronger than 5 years ago in some countries in continental and northern Europe, but still not on the political radar in the South nor East. This is a huge liability for them. Similar reasoning applies to the Left – they grew stronger in some contexts, but not enough in others. If you consider Italy as a case study, you would find both these features. And yet a new one – what about pure populists like the 5 Stars? Still, the same answer. Strong in some contexts but not enough in others.

This is the real crisis of European parties.