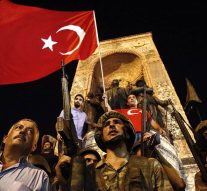 No Comments on Turkish Nights: the causes and motives of Turkey’s coup d’état 558

During the night between 15 and 16 July, President Erdogan coped with an attempt to overthrow him. But Turkey’s coup d’état attempted failed. What are the motivations of this event?

During the night between 15 and 16 July, some sectors of the Turkish army led an operation to overthrow Turkey’s President Recep Tayyip Erdogan. Nonetheless, Turkey’s coup d’état failed in a matter of few hours.

The failed coup has spectacularly highlighted those main elements that characterise the country political scenario. Although organised by a small group of army officers, the coup cannot be regarded as an event completely unrelated to the Turkish political context.

A clash between Erdogan  and the Turkish military was just a matter of time.

When in 2002, the party founded by Erdogan, Justice and Development Party (AKP) came to power, it was soon heralded as the potential ‘Turkish model’ for the wider Middle East to emulate and follow. AKP had a great success in turning Turkey, once a coup-ridden and economically stagnant country, into a regional economic hub with successive and peaceful elections. It is then by riding on the success of his economic policies that Erdogan managed to repeatedly win at the polls. Many Turks, in spite of the growing influence of the religious establishment and rising Islamisation of Turkish policies, continued to support AKP because the government delivered on economic growth, employment and visible infrastructural investments.

Nonetheless, many Turkish secularists, still sceptical of AKP’s Islamist inclination, were enraged by Turkey’s blatant religious turn. In fact, within the country, there is a substantial and varied opposition to the current establishment. Mainly, it is formed by those secular, cosmopolitan and pro-Western parts of society that idolises Mustafa Kemal Ataturk, the republic’s founding father who established the principles to create a secular Turkey and concretely pushed for a more Westernised and less Muslim or Eastern lifestyle.

Preventing the rise of the religious establishment and containing the faithful were the main elements of his legacy and no one was more committed to Ataturk’s principles of secularism than the military. And with Erdogan’s rising economic and political influence, a clash was sure to occur between the guarantors of Ataturk’s state vision and the confident Islamist who continued to consolidate his grip on power.

What did Turkish armed forces have in their mind? The motivations of Turkey’s coup d’état

The recent threats posed by Erdogan, especially his proposals for constitutional changes that would further reduce the military power, together with the anxiety generated in the army by the new top appointments in the military, considered in the Turkish defence as a way to remove the last Kemalist zealots,  likely were the motivations behind the latest attempted coup d’état.  In their mind, this was their last chance to stop Erdogan.

The growing President’s personalism and authoritarianism, as well as the increasing number of censorship measures against academia, journalists, politics, institutions and the military managed to bring together an ideologically wider opposition, including Fetullah Gulen’s followers and the members of the Conservative Justice and Development Party, both allied once with Erdogan.

Therefore, the group of conspirators likely considered that, due to the country’s economic woes and the wide perception that his Syria policy was related to the rise of Daesh’s threat within Turkey, the president had lost much of his popularity and that he had created new political enemies who would welcome a takeover.

What will be the consequences of the failure of Turkey’s coup?

However, the coup did not turn out as successful as planned. Considering Erdogan’s previous crackdown on demonstrations, the military faction did not expect people heeding his calls to take to the streets and defend democracy. In addition the popular uprising in favour of democracy, the army did not expect the lack of will among conscripted soldiers to fight against their own people.

Above and beyond the motives of the coup and the dynamics related to its failure, other questions seem now more pressing for Turkey’s long term future. What lies ahead of Turkey? How its relations with the European Union will be affected by such event? In particular, what will be its impact on the EU-Turkey deal?  Those are some of the questions that this edition of NEU – Newsletter for the European Union wants to provide answers.