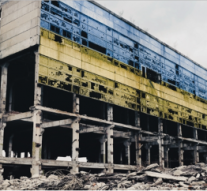 It has been nine months since the start of the war in Ukraine. Since World War II, this war has been Europe’s largest-ever armed conflict. The story of the post-war reconstruction of Ukraine and assistance once the conflict is finished has already started among the professional public of Europe, despite the regrettable fact that the conflict is still ongoing. What function does the European Union serve? How do the major European nations assist Ukraine? How much are we paying for Russia’s armed assault in Ukraine?

Creating a “new Marshall Plan for the 21st century” was the topic of the discussion on long-term support for Ukraine, which was opened by Scholz. The amount of the destruction in Ukraine, according to Ursula von der Leyen, president of the European Commission, is “astounding” she said at a conference attended by political leaders and specialists. According to von der Leyen, “The World Bank assesses the damage at 350 billion euros — it is unquestionably more than any country or organization can provide alone”. Using a video link to address the meeting attendees, Ukrainian President Zelensky made a plea for international assistance with the budget for 2023. We must decide at this conference how to address Ukraine’s financial deficit for the upcoming fiscal year, he said. He continued, “38 billion dollars is a significant amount.” Zelensky stated, “These are salaries for teachers, doctors, social benefits, and pensions.

Earlier this year, a meeting to “assist democratic Ukraine in emerging from the conflict” was held in Lugano, Switzerland. It brought together the leaders of 40 largely western nations, who vowed to protect Ukrainian infrastructure and adopted seven recovery principles. The Declaration from Lugano states that Ukraine is leading and driving the recovery process, which is carried out in collaboration with its international partners. The recovery process must be built around a thorough and continuing needs assessment process, agreed-upon priorities, collaborative planning for outcomes, financial flow accountability, and efficient coordination. Additionally, the recovery process must help Ukraine’s reform initiatives advance down its European path by deepening, widening, and achieving them. The recovery process must then be open and answerable to the Ukrainian people. Corruption must be eliminated, and the rule of law must be gradually strengthened.

All recovery funding must be equitable and open. The recovery process must involve the entire society and be based on local self-governance, effective decentralization, and democratic engagement by the populace, including those who have been displaced or are returning from abroad. Collaboration between national and international actors, including those from the commercial sector, civil society, academia, and local government, must be facilitated by the recovery process. Gender equality and the respect for all human rights, including economic, social, and cultural rights, must be ensured as part of the rebuilding process. Everyone must benefit from the recovery, and no segment of society should be ignored. It’s important to lessen differences. Last but not least, the reconstruction process must rebuild Ukraine sustainably in accordance with the Paris Agreement and the 2030 Agenda for Sustainable Development, incorporating social, economic, and environmental components, including a green transition.

The government of Ukraine, the European Commission, and the World Bank, along with partners, estimate that the current cost of reconstruction and recovery in Ukraine comes to $349 billion (€349 billion) in a joint assessment published in September. The evaluation, which looks at the effects of the battle from February 24 to June 1, 2022, determined that the fighting caused more than $97 billion in physical damage. According to the analysis, the amount needed for recovery and reconstruction in the social, economic, and infrastructure sectors totals $349 billion, or more than 1.5 times Ukraine’s projected 2021 GDP. It is also estimated that $105 billion will be required over the next 36 months to address critical requirements, such as restoring infrastructure and the education and health systems, and preparing for the impending winter by providing heating and energy to houses.