Home / Economy / The unsuccessful containment of China: the economy of Indo-Pacific alliances 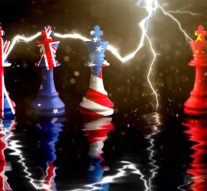 No Comments on The unsuccessful containment of China: the economy of Indo-Pacific alliances 87

After winning the presidential term in 2016, Donald Trump desperately needed to initiate a supportive tool to containment of the People’s Republic of China. One of his first foreign policy goals was to “restrain” the main challenger to US hegemony. Such an idea was to be embodied in the revival of the QUAD initiative, which in 2017 brought India, Australia and Japan into a specific form of military alliance with the USA. In mid-September this year, Joe Biden launched a similar initiative with, arguably, more specific goals for cooperation that included Australia under the UK and US umbrella – AUKUS. Who are the Sino-centric containment actors nowadays? Are their economies so sustainable that they can operate independently of China? Where is the place of the European Union in the new global redistribution of economic power?

The story dates back to 2007 when then Japanese PM Shinzō Abe brought to the table an initiative to establish a formalized military alliance with the USA, India, and Australia, calling it a Quadrilateral Security Dialogue, later became known as QUAD. Even though it didn’t manage to operate as a classic defence pact, this Trump-sponsored idea was immediately crowned by IR scholars and academic community in general as an “Asian Arc of Democracy” and as empirical confirmation of Democratic Peace Theory postulates. Indeed, all the four member states of this forum were democratic at the moment of the pact’s initiation but their goals were not democracy promotion, nor fight against the autocratic regimes (at least not proclaimed). The QUAD did not enter into any of major armed conflicts, thus did not secure its place in any of dyads in terms of the DP theory. The forum ceased to exist in 2009 and was revived in 2017 as Trump’s tool to contain “the revisionist power” and to respond to “China’s challenge towards American power, influence, and interests in an attempt to erode American security and prosperity”, as the US National Security Strategy from 2017 envisaged.

However, again this format remained an unfulfilled dream of Trump, rather than the legitimate and effective multilateral initiative. Suffice to say that China has always opposed this “alliance” and significantly threatened to disrupt bilateral relations with its members. In mid September 2021, Joe Biden surprised not only the globe, but even some of its European allies – France in the first instance. The US renewed plan is to put Australia and UK under its umbrella (AUKUS) to cooperate in a more concrete manner of development the nuclear submarines. Despite numerous objections to this defence consultative format by many sides, it seemed to be more promising than its predecessor of QUAD. With concrete military measures and security coordination, AUKUS is aiming to promote the so-called “Indo-Pacific” geographic area as a new global security theatre in sustaining China’s military growth.

Nonetheless, there are numerous reasons why this Cold War-like simulacrum – arguably inspired by the famous Rimland theory developed by Nicholas John Spykman – is going to fail. It stresses the geographical features of Eurasian continent to physically contain then USSR with differentiated forms of military alliances, across its edges. However, this type of containment is highly likely going to experience fiasco in practice, due to increase of modern international politics dimensions. One such dimension that evolved high into the foreign and security policy agenda is economic interdependence. If the USA still did not become aware of the fact that pre-Iron Curtain rules in international area are no longer in the game, then this fiasco will be more evident and sore. All AUKUS members’ economies are significantly developed and are registering “positive” stagnation over the last several years. 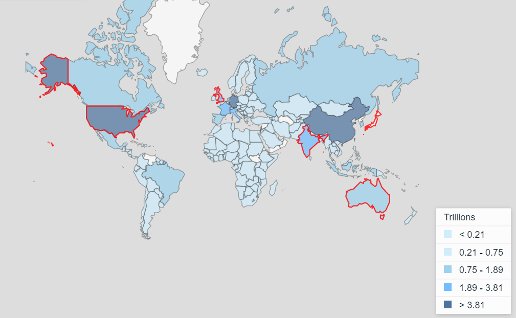 This ratio of economic growth, however, is quite differing from the Chinese growth that dominantly transcends the mentioned trio. Not only China is winning the global economy war, but its ties with previous QUAD members – Japan, Australia, and especially India are hugely interdependent. According to the World Bank Data, Sino-Indian trade in the first half of 2021 has surged for dizzyingly 65 percent! India itself was not sure whether was worthy to gamble its economic prosperity for an uncertain security. Japan on another hand has become aware that China is taking a throne in high tech development game, so its economy became also to stagnate recently. These are all potential reasons for stepping out from a more assertive US security agenda towards Chin by these countries. One last thing worthy to mention is an “intra-alliance” economic cooperation. In no place does AUKUS agreement envisage any type of economic cooperation among the three members. Even if that was the case, it would be highly limited by the ongoing global economic trends, tariffs, geography, and rules that regulate their internal economic dynamics.

What kind of optimism for the EU?

In the general global regrouping, in which Trump’s “America First” becomes Biden’s “America Everywhere”, and in which other parts of the world become significant political, economic, and security hubs of global significance, the European Union seems to be losing its reputation as a global player. Brexit, then economic and political disunity on a number of issues, France’s opposition to the AUKUS initiative, as well as the weakening of the Union’ “transformative power”, will only lead to a more significant internal political crisis in the 27-nation bloc. It is therefore an exaggeration to say that the EU has reason to be optimistic, given that its key Member States will be oriented towards internal consolidation and institutional strengthening of Europe. The European Union certainly has no reason to oppose cooperation with China, given that several of its member states are actively participating in the format of China’s cooperation with the countries of Central and Eastern Europe, despite Lithuania’s abandonment of this initiative. It should, thus, take a proactive and neutral role in order to protect its national economies and achieve sustainable economic relations vis-à-vis China.