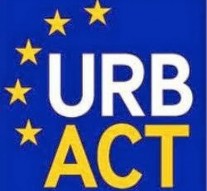 The first call for proposals under the URBACT III programme has been launched.

URBACT III is a European Territorial Cooperation programme financed through the European Regional Development Fund (ERDF) and by Member States, operating within the period 2014-2020.

Three different types of networks are envisaged under URBACT III: Action Planning Networks, for whom the call is now open for submissions, Implementation Networks and Transfer of good practices networks.

URBACT III supports the exchange and learning process among cities in order to promote sustainable urban development. The goal is to encourage European cities to work together for the development of solutions to urban challenges, and to facilitate the sharing of know-how, best practices and lessons learned with all stakeholders involved in urban policies.

The programme will cover all 28 EU Member States, in addition to the two Partner countries, Norway and Switzerland.

The Action Planning Networks will bring together cities with similar issues and needs on the urban level, so to strengthen their capacities to design urban development strategies and integrated action plans. The networks will thus constitute a platform for an organized process of exchange and peer learning throughout Europe, aiming at concretely improve local policies.

The challenges addressed within the URBACT Action Planning Networks are in line with the thematic objectives of the European Cohesion Policy for 2014-2020, and include:

1. Strengthening research, technological development and innovation
2. Enhancing access to and use and quality of ICT
3. Enhancing the competitiveness of SMEs
4. Supporting the shift towards a low-carbon economy in all sectors
5. Promoting climate change adaptation, risk prevention and management
6. Protecting the environment and promoting resource efficiency
7. Promoting sustainable transport and removing bottlenecks in key network infrastructures
8. Promoting employment and supporting labour mobility
9. Promoting social inclusion and combating poverty
10. Investing in education, skills and lifelong learning by developing education and training infrastructure

The applicant must be a city or non-city partner of one of the 28 Member States or Partner countries.

The selection procedure of the proposed networks will consist of two stages.

In Phase 1, the partnership must include a minimum of 4 and a maximum of 6 cities, from at least 3 Member and Partner States. The proposal should also include at least two cities from “less developed regions”. All partners involved at this stage have to be city partners.

In Phase 2, if the proposal is approved, the partnership will expand to include a minimum of 8 and a maximum of 12 partners, from at least 3 Member and Partner States. At least four partners must be located in “less developed regions”. At this stage, the network may include up to 3 non-city partners.

The call will support the creation of 20 networks, each with total eligible costs between 600-750.000 euro. ERDF co-financing varies depending on the location of the partners: for those from “more developed regions“ the co-financing rate is 70%, for those from “less developed ” and “transition” regions is 85%. Partners from Norway and Switzerland are co-financed at 50% by the respective national funds.

On the URBACT website is also available a partner search tool, called Partner Marketplace, through which cities wishing to start a network can signal their interest, and cities wishing to be involved can see published project ideas.

The deadline for applying to the first stage of this call is 16 June 2015.

All documents for the submission of project proposals are available on the following webpage: http://urbact.eu/open-calls-networks