Home / Energy / The US Energy Revolution and Its Importance for Europe 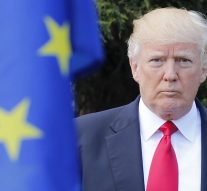 Energy provides the basis for advanced civilisation and improved standards of living. It allows us to live comfortably in climates that would otherwise be inhospitable. It allows us to transport ourselves and cargos around our neighbourhood or around the world. It allows us to produce food in the quantitative necessary to feed the world’s population. It allows us to manufacture and communicate and enables every aspect of modern life. Energy is a worldwide issue in as much as its sources can be traded from a continent to another one.

The United States has a tremendous potential to produce energy and create good jobs in the energy sector but also beyond energy production, flowing directly from the economic growth made possible by it. The US has the resources, the capacity, and the technological know‐how to lead on energy production and benefit our economy, our security, and our environment.

Since the moment humans first harnessed fire, energy, along with its benefits, has posed risks and has had costs. Centuries ago, energy policy was simple – have fire or freeze. Today energy policy obviously more complex. Along with its benefits, energy has risks and both direct and indirect costs. To minimise those risks and costs, the US need to develop and use it wisely and to be more efficient in our energy production and use while seeking to reduce energy’s impact on the environment.

In just ten years, the US energy landscape has radically changed. Ten years ago, the headlines we take for granted today about record US oil production and energy independence would have been a pipe dream, to appreciate the positive progress in US energy over the last decade, comparing 2008 to 2018.

Just ten years ago, US oil production had reached a new relative low just under 5.0 million barrels per day (MMBpd) – the lowest level since 1946. At that time, US oil production had been falling for decades. The US was heavily dependent on crude imports, importing nearly 10 MMBpd. The US was also a net importer of petroleum products, with net imports in 2008 averaging almost 1.2 MMBpd. In 2008, the US produced 70 Bcf/d of natural gas, and Cheniere’s (NYSEMKT:LNG) Sabine Pass terminal was built to import natural gas. The US was dependent on energy imports and the idea of becoming a net energy exporter would have been only a dream.

Fast forward to today. US oil and natural gas production is at record highs. US still import a significant amount of crude (~8 MMBpd), but we’ve recently been exporting more than 1.5 MMBpd of crude. Ten years ago, crude exports were banned, but crude exports were not even practical given the low level of production. (The crude export ban was lifted in 2015.) Today, US is a net exporter of petroleum products, with net exports exceeding 3 MMBpd. With the abundance of natural gas in the US, energy companies are focused on exports of liquefied natural gas (LNG) as opposed to imports. In February 2016, Cheniere’s re-purposed Sabine Pass terminal became the first commercial facility in the Lower 48 to export LNG. Today, both Sabine Pass and Dominion’s (NYSE:D) Cove Point terminal are exporting LNG, with additional terminals in various stages of development.

When President Trump met with Jean-Claude Juncker, at the White House, the two said they were entering a new phase in their relationship. Crucial to that will be natural gas.

Demand for natural gas – a cleaner-burning fossil fuel than coal or oil – is rising worldwide, and the United States is a growing supplier of liquefied natural gas, or LNG. The European Union, meanwhile, wants to diversify its energy supply, which remains somewhat dependent on Russia, with which it has a difficult relationship.

Mr. Trump recently said that the 28-nation European Union would be «a massive buyer of LNG» before adding: «We have plenty of it». Europe has pushed hard in the past two decades to create a freely traded market for natural gas. The region has, in essence, bet that a functioning market is the best route to easing dependence on any one source.

While American gas exports have grown rapidly, most shipments have gone to Asia and Latin America, where prices have been higher. Price differences mean American gas is usually attractive to European buyers only during cold snaps, when prices on the Continent rise. If a glut of LNG. emerges in the future, more of that gas from the United States may wind up in Europe, but that could mean American suppliers lose money.