Home / Employment and Social Affairs / War in Ukraine: the acceleration of the EU enlargement could be just apparent 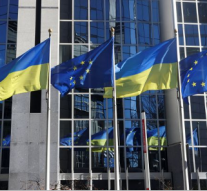 No Comments on War in Ukraine: the acceleration of the EU enlargement could be just apparent 76

Russia’s invasion of Ukraine unleashed the requests by almost every Country with a pro-European government to accelerate its EU and NATO integration, as an instrument to prevent the threat posed by Moscow’s ambitions. Apart from Ukraine, even Moldova, Georgia, Kosovo, Bosnia Herzegovina demanded an acceleration of their integration process following the war exploded in Europe.

The Slovenian President, Borut Pahor, highlighted that the EU enlargement has become a “geopolitical priority” for the continent following Russian invasion of Ukraine. Speaking during the Antalya Diplomatic Forum, in Turkey, Pahor stressed the importance to accelerate the enlargement process with Ukraine and in the Balkans, mentioning namely the case of Bosnia Herzegovina that is according to him under urgent risk of instability otherwise. But on the other hand, apart from a moral support, there is no concrete prospect for a real acceleration of enlargement.

This scenario has emerged also during the informal meeting of European leaders hosted by the French presidency in Versailles. French President Emmanuel Macron has to some extent led western European leaders in rejecting appeals from Ukraine for fast-track EU membership despite the backing of Eastern Europe Member States. The 27 EU leader in Versailles acknowledged the need to deepen the partnership with Kyiv. However, calls from Ukraine’s president, Volodymyr Zelensky, supported by Estonia, Hungary, Latvia, Lithuania and Poland, for a special membership process failed to convince France, Germany, and the Netherlands.

Macron said he wanted to “send a strong signal in this period to Ukraine and to the Ukrainians” of solidarity but “at the same time, we must be vigilant”, adding that he did not believe it possible to “open an accession procedure with a country at war”. “Should we close the door and say never, it would be unfair,” he added. The Dutch prime minister, Mark Rutte, said that there is no prospect of the EU membership for Ukraine in the short term. “There is no fast-track procedure to become a member of the EU”, he stressed. “Nobody entered the European Union overnight,” said Croatian Prime Minister Andrej Plenkovic, head of government of one of the Country more in favour of enlargement and that joined the EU in 2013 following a long process. At the end of the day the EU, despite the shock of the war, seems not willing to drastically change its stance on enlargement nor to give a fast track to someone penalizing other Country already in the waiting room since long time.

About Ukraine’s accession to the Eu, said Italian Prime Minister Mario Draghi, a message of encouragement “would be of great help” but at the same time it is necessary to “respect what other countries say”. And the majority of EU Country, starting from France that is even in pre-electoral period, still is too lukewarm on the enlargement.