Home / External Relations / What are next EU priorities for Syria and Iraq? 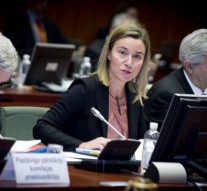 No Comments on What are next EU priorities for Syria and Iraq? 114

Adopted by the Council on March 16 2015, the strategy for Syria and Iraq outlines actions by the European Union (EU) and its member-states, that, in turn aim assist in the restoration of peace and security in Syria and Iraq; concurrently providing guidance in an attempt to deal with the increasing threat of Da’esh.

Since the start of the conflict in Syria, the EU and its member-states have mobilised more than 6.4billion euros in an attempt to address both the causes and the consequences of the conflict at a regional level. Failed attempts to uphold the cessation of hostilities has resulted in the urgent need for additional humanitarian aid, thus resulting in 2.39billion euros pledged for the 2016-2017 period.

Assistance from the EU to Syria is not new, prior to these developments 2014 saw the EU Regional Trust Fund in response to the crisis in Syria, incorporating the 21 member states and Turkey in an attempt to alleviate pressure on Lebanon, Jordan, Turkey and Iraq with regards to providing refugees with education, training, livelihoods and healthcare.

Following the Ministerial review of the strategy’s implementation, the main chapters of the strategy, in conjunction with the impact of ongoing humanitarian and stabilisation efforts were discussed; the reaffirmation of the EU’s commitment first made in the EU Regional Strategy as well as the emphasis on the threat of Da’esh, to Syria, Iraq, the region and Europe more broadly. As the threat of Da’esh continues to become increasingly significant, the EU is continuing to step up its counter-terrorism engagement, most notably with those affected in the Middle East, North Africa and the Western Balkans.

To date, the EU have supported both the political process and more specifically, the democratic governance in Syria and Iraq; a strategic element which remains essential to the defeat of Da’esh. Actively supporting a credible and inclusive political transition in Syria is no easy feat, and between this and the EU’s reaffirmation of support to the stabilisation of liberated areas, the EU is continuing to emphasise the need to support Iraqi Prime Minister Haider al-Abadi and his efforts to achieve reform, inclusive governance and reconciliation.

What are next EU priorities for Syria and Iraq?

While the Council underlined the importance of sustaining a long-term approach to counter-terrorism and preventing violent extremism, the Council laid out a number of other focus areas. More specifically, the Council agreed that in relation to Syria, a Syrian-led and Syrian-owned political transition based on the principles of the Geneva Communiqué remains integral to a sustainable peace, the defeat of Da’esh within Syria and the contribution to the overall reconstruction of the country.

As a result, the EU has reiterated its engagement with key regional actors; support of taskforces working towards a cessation of hostilities; the enhancement of its contribution to humanitarian assistance task forces and on-ground initiatives; the continuation of support for countering-Da’esh initiatives, and other UN-listed terrorist groups against Syrian citizens; and the reiteration of support for transitional justice and accountability for all serious human rights abuses and violations of International Humanitarian Law (IHL).

In reference to Iraq, the EU expressed an urgent need to boost the functioning of Iraqi public institutions, reiterated through the pledge to provide further technical support to the Iraqi Federal Government to improve the overall state of security and rule of law, fight against widespread corruption, increase service delivery to Iraqis, while serving to establish accountability for perpetrators of abuses and crimes.

Additionally, humanitarian assistance remains integral to the EU approach.  It was made evident that the momentum of the military campaign must continue as part of the initiative to enhance stabilisation of areas that have already been liberated from Da’esh. Further, the Council is awaiting additional options and developments from the European External Action Service from which will prove essential to consolidating the military gains achieved against Da’esh.

The conclusion adopted by the Council clearly indicate its priorities, first and foremost as the goal of achieving a lasting peace, stability and security in Syria and Iraq, in conjunction with the broader region. Overall, the EU’s approach is likely to remain comprehensive and long-term. Additionally, the focus on countering terrorism and preventing violent extremist will continue to be of increased significance as the EU develop additional security and counter-terrorism cooperation through high-level engagement with not only countries in the region, but also Turkey, the Western Balkans and region will continue; the intention to strengthen and develop synergies with regional and international organisations also a priority.