Home / Economy / What are the aims and the forecasts of the Draft EU Budget 2017? 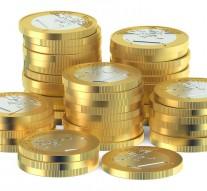 No Comments on What are the aims and the forecasts of the Draft EU Budget 2017? 88

The Draft EU budget focuses on priorities such as growth, jobs and a solid response to the refugee crisis.

On 30 June, the European Commission submitted the 2017 draft Budget (DB) to the European Parliament and the Council, the two arms of the “budgetary authority” for a decision.

The 2017 DB is based on 28 Member States: the UK remains a member of the EU with all rights and obligation. So, the result of the UK referendum has no impact on DB 2017.

When the EU Council and the European Parliament approve the annual EU budget, total revenue must equal total expenditure. The amounts of the DB 2017 are €134.9 billion.

We propose the overview of the DB 2017, the aims and the forecasts.

The 2017 DB has two priorities: to support investments in growth, jobs and competitiveness; and the receipt and integration of refugees. The other aims consist of promotion of digital market, to achieve a resilient energy union, to make deeper the internal market and economic and monetary union.

The budget is financed by own resources (that provide the EU’s main revenue) and other revenue (taxes on EU staff salaries, contributions from non-EU countries to certain programmes, fines on companies for breaching competition laws, etc.).

As far as concern VAT, a standard percentage is levied on the harmonised VAT base of each EU country. The VAT base to be taxed is capped at 50% of GNI for each country. This rule is intended to prevent less prosperous countries having to pay a disproportionate amount (in such countries consumption – and so VAT – tend to account for a higher percentage of national income) (see below Correction and Future own resources system).

One more, a standard percentage is levied on the GNI of each EU country with the aim to balance revenue and expenditure, i.e. to fund the part of the budget not covered by other sources of income.

Correction mechanisms are designed to correct excessive contribution by certain States. There are different mechanisms.

Germany, the Netherlands, Austria and Sweden, who considered their relative contributions to the budget to be too high, pay only 25 % of their normal financing share of the UK correction.

The other sources of revenue include taxes and other deductions from EU staff salaries, bank interests, contributions from non-EU countries to certain programmes, interests on late payments and fines.

On 26 May 2014, the Council adopted a legislative package, including a new own resources decision, introducing some changes to the own resources system for the period 2014-2020. Qui link

The following principles will apply to the Multiannual Financial Framework 2014 – 2020 (MFF):

We also said that the DB 2017 reflects and support the political priorities set by the EU President: in particular, the effort to the increase jobs, growth and investment, and to give a response to the challenges of migration management and the fight against terrorism and organised crime. The money specifically for supporting economic growth will total €74.6 billion in commitments in 2017, compared to €69.8 billion in 2016 and  the Draft EU, while the resources forecast for security: €111.7 million. The other priorities supported by the DB 2017 concerned the Energy Union strategy addresses security of energy supply, the internal energy market, energy efficiency measures, research and innovation, and climate action.

Thanks to its multiplication effect and its focus on results, it has a big impact. For instance, the Commission estimates that from 2007 to 2013, the average increase in GDP as a result of cohesion policy is estimated at 2.1% a year in Latvia, 1.8% a year in Lithuania and 1.7% a year in Poland.