Home / Opinions / What does Germany want? A triangular theory of fear 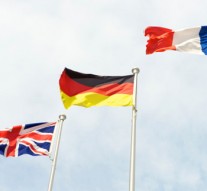 No Comments on What does Germany want? A triangular theory of fear 439

Such comparison is, of course, completely out of place. Yet, the comparison highlighted by Johnson deserves further analysis.

The idea of a United Europe took effect after the end of World War II. European States understood that to prevent the recurrence of world wars it was necessary to drop colonialism and pursue the creation of a European Union project, able to overcome national boundaries of those States that fought each others in two world wars for the control of Eurasia.

Therefore, the European Union does not go for hegemonic project, but rather wants to unite through the free movement of persons, capital, and goods those countries that were in constant conflict. This is the meaning of the Schengen treaty.

The Single European Currency was supposed to be another step in this direction, as so to make sure that trade could have at least “one common language”, as economy is the force moving the world. In fact, Boris Johnson does not fear the European Union as such, but EU’s most powerful State, Germany.

What makes Britain really nervous about the European Union?

Nazi Germany still burns in Britain’s collective memory, which endured bombing in World War II. As a result, fearing Germany is for the UK a kind of conditioned reflex. When he recalls Hitler, Boris Johnson talks to Britain about its unconscious fears.

Britain fears to become a vassal state of Germany and sees its freedom in jeopardy. Consequently it does not only refuse to join the euro, seen as front for the German mark, but it even tries to exit the European Union itself. But is this fear justified?

With the end of the Soviet Union and the fall of the Berlin wall, Germany managed to reunify, thus returning the centre of the world potentially destined to dominate the world.

Nowadays, from an economic point of view, Germany is the strongest country in the European Union and it will obviously play a leading role in the EU.

Yet, there is a contradiction in Germany. On the one hand, Germany is meant to become the leading state in the Union, due to both its geopolitical position and economic power.

On the other hand, it rejects this role, because it unconsciously fears the past.

If Britain fears unconsciously of becoming Germany’s slave within the European Union, German unconscious fears are rather of being again Europe’s leading nation.

Germany’s fear of the past cast a shadow over today

Germany wishes to continue exercising its hegemony only from both an economic and regional perspective. And yet it rejects this new historical role.

It is not able to think as big as the United States that, after the end of World War II, accepted its role as the leading country of the Western world and launched the Marshall plan to revive the European economies destroyed by World War II – also to lay an impenetrable boundary to Soviet Union’s imperialism.

Germany rejects the Eurobonds, because they would be the Government bonds of a new political entity, the United States of Europe. Germany refuses to achieve the European unification because it wants to continue playing a secondary dominant role, limited only within the European Union and without yielding its sovereignty.

Although Europe is facing deflation, Germany looks upon Italian Mario Draghi’s expansionary monetary policies with suspicion and fear, because it fears an outbreak of inflation, which was the prelude to the fall of the Weimar Republic and the rise of Nazism.

By refusing to fulfil the European project, Germany also manifests its intermittent and latent desire to establish a two-speed Europe, so to continue living without caring too much about what happens worldwide.

In spite of United States’ insistence, Germany keeps cherishing its surplus in the trade balance. It does not spend, nor invest and it rejects its role as Europe’s economic locomotive. Germany simply picks on Member States of the Monetary Union with its strict Maastricht rules.

Those precise values are so because they fit so perfectly to Germany, partly to France, but not to Italy, considered treacherous country by definition.

Despite this, France wanted Italy to join the Monetary Union from the very beginning. Even though it knew Italy did not meet all the Maastricht criteria, France was looking for an ally to counterbalance Germany’s excessive economic and political power.

Aware of all the wars fought on the German-French border for control of raw materials, as well as the domination of Nazi Germany through the Vichy Republic, France had the unconscious fear of ending up crushed by Germany.