Home / Employment and Social Affairs / Brexit: What would be the legal implications of UK withdrawal? 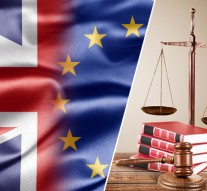 No Comments on Brexit: What would be the legal implications of UK withdrawal? 406

This June the United Kingdom citizens are going to make an important decision: will their country remain in the EU or will it exit the union? The UK withdrawal from the EU will have implications on social, economic, legal level in both UK and the Union.

But how did the UK got to this point? In 2014, David Cameron, UK’s Prime Minister, outlined the changes he aimed to bring about in the EU and in the UK’s relationship with it. These targets were: additional immigration rules, power for national parliaments to veto proposed EU laws, new free trade agreements and a reduction in bureaucracy for businesses, a lessening of the influence of the European Court of Human Rights on UK police and courts, more power for individual Member States and less for the central EU and abandoning the EU notion of “ever closer union”.

Two years later, in February 2016, at the end of the negotiations, no fundamental changes were made. Therefore, after a vote of the House of Commons in May 2016, it has been established that there will be hold a referendum to decide whether the UK remains or not a member of the EU.

If we are to take into consideration the polls, there is a 51 % chance of UK to exit the EU. Thus, we have to know which procedures in this type of situation are.

The withdrawal procedure was never stipulated in the treaties previous to the Treaty of Lisbon. In its article 50, the Treaty of the European Union states that Member States can withdraw from the Union in accordance with its own constitutional requirements. The second paragraph regulates how the states will negotiate its withdrawal with the European Council, and the third states that “the Treaties shall cease to apply to the State in question from the date of entry into force of the withdrawal agreement or, failing that, two years after the notification referred to in paragraph 2, unless the European Council, in agreement with the Member State concerned, unanimously decides to extend this period.”

Or, if the UK prefers a faster method, it can take unilateral action to withdraw from the EU by simply repealing the 1972 European Communities Act and relying on the Vienna Convention on the Law of Treaties. This option can be used if the UK really wants to break all its ties with the EU.

Implications regarding sources of EU law

Treaties and regulations do not require any kind of implementation by Member States; therefore UK leaving the EU would mean that they would cease to apply in the UK.

Directives must be implemented by national law, as they are not a directly applicable. The same national law would have to expressly keep them into force, otherwise they would have the same fate as regulations and treaties.

The judgments of the European Court of Justice would no longer apply automatically, and the national courts will lose their right to ask decisions of interpretation from the Court of Justice.

Impact on other sectors of law

Immigration Law
If the UK withdraws from the EU, the right of freedom of movement would fall away and the UK would regain complete control over its immigration law and policy. This could have significant effects on individuals and businesses concerned: both for those who were intending to exercise their right to move to other EU states and for those who already have.

The businesses status would depend on any transitional measures put in place in UK and in other Member States, and whether they had already acquired rights. Presuming that UK would revoke any directives and regulations regarding immigrations law, the state would be free to impose its domestic law on citizens of EU states.

Human Rights Law
Should the UK leave the EU, the obligations and the rights deriving from the European Convention on Human Rights would still apply according to international treaty law, mainly because the EU Treaties don’t require ECHR ratification as a condition for EU membership.

Civil and criminal justice
Leaving the EU would mean not being part of its justice system and returning to multilateral agreements with other states. As negotiating these treaties requires a certain period of time, solving trans-national disputes would be difficult and shrouded in uncertainty. Some kind of advantage would be that the negotiations will enable the UK to obtain terms that will be more in line with its interests.

Employment law
Many aspects of UK employment law, such as discrimination rights, holiday entitlement, and minimum paid annual leave derive from EU legislation. It remains unclear how the UK would amend or repeal EU-derived employment law; and indeed which laws would be the subject of such change given that so many of the principles are now embedded into UK law.