Home / External Relations / The EU and the Sahel: Where to next? 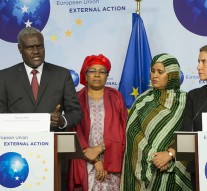 No Comments on The EU and the Sahel: Where to next? 139

June 20 saw the EU Council discuss the EU’s comprehensive approach to the ongoing security and development of the Sahel region. It was at this meeting that ministers discussed strategies on how to strengthen dialogue between EU and the Sahel countries on issues such as security and migration.

June 20 saw the EU Council discuss the EU’s comprehensive approach to the ongoing security and development of the Sahel region. Further, the High Representative: Federica Mogherini briefed ministers on the second EU-G5 Sahel ministerial meeting that had taken place on June 17. It was at this meeting that ministers discussed strategies on how to strengthen dialogue between G-5 countries on issues such as security and migration.

The Sahel G5 comprises Burkina Faso, Mali, Mauritania, Niger and Chad. The past year has seen the EU increase engagement with the bloc, adopting an EU-G5 Sahel Roadmap during a Summit in Ndjamena in November 2015, prior to the appointment of a regional special representative: M. Angel Losada in December 2015.

There is an ongoing need to uphold political dialogue and partnerships in order to ensure issues such as security (most notably the ongoing CSDP missions), and migration are kept under control. The significant security threats that permeate the region include the spread of terrorism, extreme poverty, institutional weaknesses, and exposure to climate change, fragile governance, violent extremism and radicalisation. As such, these challenges continue to contribute to further unrest, irregular migration and related crimes such as people smuggling and human trafficking often towards Europe via Libya.

June 20 saw the Council adopt the Sahel Regional Action Plan 2015-2020. The Plan provides the overall framework for the implementation of the EU Strategy for Security and Development in the Sahel, subsequently coming at a crucial time for the countries in the region.

This Action Plan emphasises the EU’s commitment to regional engagement and its support to sustainable and inclusive political and socio-economic development, in addition to the strengthening of human rights, democratic governance and the rule of law.

The original objective of the strategy emphasises the development-security nexus which aims to provide a solid base for reinforcing the EU’s focus based upon the stabilisation of the region: namely the prevention and countering of radicalisation, illicit trafficking and transnational organised crime and youth, migration, mobility and border management.

The European Union ongoing efforts in the Sahel

In 2016, the EU’s Development Fund has committed 1.5 billion euros to new actions in the G5 Sahel countries, as well as 1.2 billion from the Valletta Emergency Trust Fund for Africa.

As highlighted through ongoing efforts, the EU underlines the importance of fostering closer synergies between the neighbouring countries and the Sahel region. Further, the proximity of the Sahel to the EU emphasises the need to better tackle cross-border issues, to explore a common space for dialogue and cooperation between the Sahel, the Maghreb and the EU in the sectors of security and migration.

While the EU remains ready to work closely with the region, it has been clear by the EU that the implementation of the Action Plan needs to be carried out with the full ownership and under the primary responsibility of the countries concerned. Further, the Council has emphasised that they will revert to the matter as appropriate, and at least once a year.

The emergence of more recent security threats (i.e. Islamic State and radicalisation) continue to threaten attempts to stabilise the region; something which are set to heighten the need for more frequent meetings. As the EU continues its engagement and dialogue with the region, the development of the Action Plan and additional strategies are unlikely to see the EU and the Sahel stray from the spotlight any time soon.