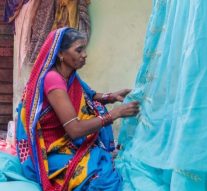 In 2016, the International Labour Organization announced a Report Women at Work Trends 2016. It states that genuine gender equality benefits our societies and economies in terms of increased job-rich economic growth, reduced poverty, inequality and social exclusion, and overall improved well-being. It is therefore time to take action. The following overview summarizes the key policy measures discussed in the article as well as with focus to the ongoing Pandemic and other challenges in 2021.

It’s the March 8, wider known as the women’s day is celebrated for almost a century. The EU Commission estimates that Women still remain underrepresented in the labour market. 67% of women are currently in employment, whereas men’s employment stands at 79%. In other words, there is a gender employment gap of 12%.

The OECD also registered slight differences between men and women when it comes to labour market divisions. The pandemic of Coronavirus has also shown that women make up nearly 70% of the health workers on the frontlines against COVID-19, exposing them to a greater risk of infection. They also continue to do to up to ten times the amount of unpaid care work in households that men do and face higher risks of economic insecurity. What the OECD further states is that even before the COVID-19 pandemic, women were less active in entrepreneurship and the COVID-19 pandemic will likely exacerbate the gender gap in entrepreneurship. There is plenty of evidence to show that female entrepreneurs have been impacted disproportionately by the COVID-19 pandemic.

The large-scale COVID-19 liquidity support measures that governments have introduced have been implemented very quickly but have generally not been gender-sensitive in design. Governments had to act fast to support small business and the self-employed with major liquidity support tools (e.g., loans and wage subsidies to all businesses). However, these have generally been undifferentiated tools that follow a “one-size fits all approach” and the support has not filtered equally to all small businesses. It appears that female entrepreneurs have not benefited as much as male entrepreneurs because they are smaller on average (i.e., some supports have size thresholds) and are less likely on average to use bank loans (i.e., some programmes rely on existing bank products). Gender differences in financial literacy also play a role.

According to the survey conducted by the OECD International Survey of Scientific Authors (ISSA2), women authors in scientific area, earn on average 5 to 6% less than their male counterparts, even after accounting for individual and job-related characteristics. This gap persists even though there is no evidence that women’s research is of lower quality: the work of male authors is not more likely to be cited or be published in prestigious journals than that of female authors.

The gender wage gap is particularly wide in engineering and computer sciences (nearly 27%), and regarding senior management positions (15%). This suggests that women are at a greater disadvantage in certain fields – typically those associated with more prestige and better pay. Women authors also tend to be less mobile than men are. Around 24% of male authors live in a country that is different from where they attained their highest degree, compared to only 18% of women. Such lack of mobility may hinder progression for women in their careers.