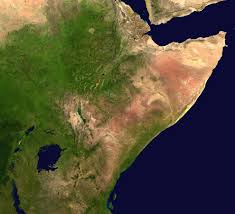 The EU-Horn of Africa Migration Route Initiative, also known as “Karthoum Process”, was launched on 28 November in Rome to seek for the implementation of concrete actions to prevent and tackle trafficking and smuggling of migrants between the Horn of Africa and Europe. The initiative was launched by ministers of the 28 EU countries together with ministers from Eritrea, Ethiopia, Somalia, South Sudan, Sudan, Djibouti, Kenya, Egypt and Tunisia, as well as the European and African Union Commissioners in charge of migration and development and the EU High Representative.

The participating countries and organization acknowledged in several occasions the need to undertake actions to avoid people to start hazardous journeys across desert and sea, to persecute traffickers and smugglers, to dismantle criminal networks and, more in general, they recognised the potential benefits of well managed migration and mobility for both Europe and Africa. (see, for example, the EU-Africa joint declaration on migration and mobility adopted at the EU-Africa Summit on April 2014 and the Ministerial Joint Africa-EU Declaration on Migration and Development of 2006).

With the launch of the Karthoum Process, the parties agreed to focus on concrete cooperation on key areas, stressing in particular the importance of improving national capacity building in the field of migration, horizontal cooperation among all services involved, criminal law frameworks, law enforcement agencies and judicial system responses to identify and prosecute criminal networks. Focus was given also to the importance of stepping up prevention measures, for example through information campaigns, and to the development of a regional framework for return, in full respect of human rights. The governments agreed on assisting the participating countries in establishing and managing reception centres and in carrying on asylum procedures in line with international law. Furthermore, the parties declare their commitment to promote a victim-centered approach in their future actions against smugglers and traffickers (for the difference between the two crimes, read here).

Even if the parties underline several times, in the text that actions will be carried on voluntary basis, the declaration is a very important stage in the fight of smuggling and trafficking of human beings. First of all, the parties declared that focus on the aforementioned key areas is only an initial step, complemented by the expression of their “firm political commitment to expand the Karthoum Process into a sustainable regional dialogue on migration and mobility which will address the root causes of irregular migration and mixed migration flows in a comprehensive and balanced way, including through efforts aimed at eradicating poverty and realizing Millennium Development Goals”.

EU Commissioner Avramopoulos said the ‘Rome Declaration’ added international protection as a new pillar of cooperation to the two identified priority areas of strengthening the link between migration and development and preventing and fighting against irregular migration. The Commissioner added that, “We will finance the first projects that will support migrants and refugees stranded along the migration routes from Eastern Africa. Moreover, EU funds have been allocated in order to help strengthen the cooperation with our African partners for the fight against smugglers and traffickers.”