Home / Economy / Deepening the European Monetary Union: one step closer to the dream of one-currency Union 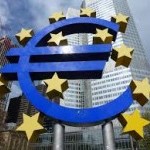 Comments Off on Deepening the European Monetary Union: one step closer to the dream of one-currency Union 152 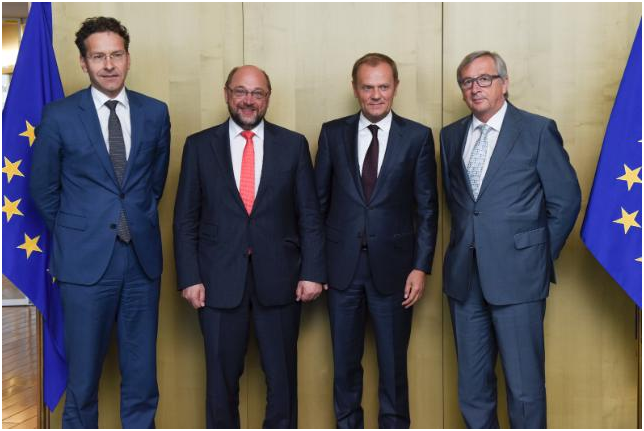 This decision came in the middle of the immigrant crisis in the European continent.

“Europe’s Economic and Monetary Union needs strong foundations, not least to be more resilient to future shocks and withstand the global challenges ahead of us. Today, we propose tangible steps towards improving the EU’s economic governance rules, which were last strengthened in the immediate aftermath of the crisis. We have the rules, we need to use them better. Looking ahead, we will have to use the next two years to shape consensus for more far-reaching changes that will be needed to complete our Economic and Monetary Union” said Valdis Dombrovskis, Vice-President for the Euro and Social Dialogue.

What does this package include?

1. External representation of the Euro;
2. Steps towards a Financial Union;
3. A revamped European Semester;
4. Improving the tools of economic governance.

The idea of the “internationalization” of the Euro area is primarily aimed at being represented within the IMF’s 24-Member Executive Board, which together represent all 188 member countries. Three EU Member States (the UK, France and Germany) have a single seat within this body, while approximately 3 more places are taken by others EU Member States. The main obstacle in this representation could be the fact that not all EU Member States have accepted Euro as official currency. The biggest “loss” within the representation could possibly be the membership of the UK, which has a single seat out of 24. As the EU officials claim, fostering representation will allow Euro to shape effectively the future global financial architecture.

But, how will it work?

The Commission proposes that, at ministerial level in the IMF,  the Euro area should be represented by the President of the Eurogroup. At the IMF Executive Board, the Euro area would be represented by the Executive Director of a Euro area constituency, following the establishment of one or several constituencies composed only by Euro area Member States. Still, it is unclear how exactly the EU will do its lobbying in order to achieve this goal. So far, no single national authority of Member States of the Union has claimed its plan to further develop Euro representation within the global forum.

As regards the European Semester, the Juncker Commission has already streamlined it. It created more space for dialogue with Member States by publishing the Country Reports already in February and in May; and it provided more focus by significantly decreasing the number of recommendations. Building on the steps already taken, some further adjustments can bring additional benefits.

The main novelties of the revamped Semester could be summarized as the following: to better integrate the Euro area and the national levels, the European Semester will be structured into two successive stages, distinguishing more clearly between the European stage and the national stage. In future, discussions and recommendations about the Euro area will take place first, ahead of country-specific discussions, so that common challenges can be fully and coherently reflected in country-specific actions.

Every November, the European Semester kicks off when the Commission publishes its Annual Growth Survey (AGS). The Commission will, as part of the AGS package, put specific focus on the key fiscal, economic and financial priorities for the euro area as a whole, including its fiscal stance.
The Commission will also focus strongly on employment and social developments in the revamped Semester, by increasing emphasis on employment and social performance in the Macroeconomic Imbalances Procedure and improving the involvement of the social partners. The Commission will progressively suggest benchmarks and cross-examination exercises across policy or thematic areas, to foster a common understanding of challenges and policy responses and to increase reform implementation.

To support structural reforms making the best use of the EU Funds, the Commission will apply Macro-Economic Conditionality to ensure that the effectiveness of the European Structural and Investment Funds is not undermined by unsound macro-economic policies. At the same time, effective reform implementation will be supported through the progressive roll-out of technical support coordinated by the Commission’s Structural Reform Support Service (SRSS). Beyond the strengthened dialogue with national authorities, the involvement of the European Parliament and national Parliaments in the European Semester process needs to be further strengthened.

Shall we have fully integrated EMU?

According to the adopted package, completing the EMU is an open process, applicable to all Euro area Member States but with full involvement of non-euro area Member States. The revamped European Semester is applicable to all EU Member States, as is the improved toolbox for economic governance. The proposal for a Council Recommendation on Competitiveness Boards is addressed to Euro area Member States, but all Member States are encouraged to put in place a similar body, if they so wish.. The European Fiscal Board will contribute to the Commission’s functions in the multilateral surveillance in the euro area, in particular the coordination and surveillance of the budgetary discipline policies of Member States whose currency is the euro.  Bearing in mind the fact that the UK and Denmark have officially opted out from the EMU idea, they do not have any particular commitment in adopting the euro as their official currency. Hence, if all other EU Member States join the EMU, this entity will not be fully integrated without the two mentioned Member States.

However, there is a lot of space and other relevant legal instruments for the UK and Denmark to somehow manage to join the EMU as well as all other EU Member States. While in Denmark, the adoption of the Euro will be discussed when the internal political debate will be reopened, in the UK, things are more complicated as we consider that London will organize a referendum about leaving the EU in general.

In this vicious circle, all other EU Member States that have not joined the EMU yet, such as Czech Republic, Hungary, Croatia, Poland and Sweden, do not try to claim the exact date of accepting the Euro, nor they imply to do so in the near future.