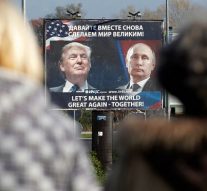 No Comments on The European Union and the new world order: new guidelines of the EU foreign policy 82

The World Economic Forum recently held in Davos, underlined some new features and presented several new dimensions that characterize a (maybe) new world order. Last meetings were heavily impacted by economic crisis and financial instabilities, while this year there was a sense that something far bigger is going on. Something like a shift in global politics trends, that is bringing deep uncertainty and may lead to a return to a tougher world where political discourse is driven by national self interest.

The European High Representative Mogherini described this new common feeling in a statement reported by Reuters: “We’ve been used to friendships, natural partnerships based mainly on values and history and probably we’re entering into a phase where we will be maybe more pragmatic, transactional, some say emotionless,”

And being emotionless is quite difficult nowadays. Especially as far as the EU is concerned. China, the new US administration, May’s hard-Brexit, and Putin are just few examples of the nightmares that threaten the sleepy European integration process. So, let us find how they do it…

The EU: A triangle with China and Mr.Trump

A senior European Commission official said about Chinese government that “They have developed such deep knowledge about us in the last 10 years that they know exactly how to tweak a message to a Western audience that is at a loss because of Brexit and Trump.” This good comprehension of the allies and competitors within the global arena is, at the same time, a very good and a complex thing. EU-China relations are at a turning point. Both leaderships are coming along several common issues and they’re striving to get important results. On climate change, EU and China want to pave the way for other countries and play a leading role in future negotiations, proposing their way of coping with climate change as the one best practice.

“If we want to try to maintain a world economic model based on openness and free trade, it could be led by the EU and China if we do it smart,” the official said.

These are just political guess, and we firmly know that politics is everything but coherence. Perhaps we are not really there yet. Trump’s administration will speak volumes about the new geometry that will describe international politics. Trump’s decision to withdraw from TPP and NAFTA will draw new trends in trade relations between the two sides of the Atlantic. In particular, the new US approach to trade and economics is aimed at reconsidering the US role in the global arena, and reconducting main industrial and economic interests on the US soil. This new kind of protectionism or, I would say, “selective interventionism” will drive the future US presence in Europe and, more in general, throughout the world. This new international context, will save some room for the EU’s action in economics and international politics.

As far as international security is concerned the EU could replace the newly-debated US role within NATO, paving the way for a greater coordination between the objectives of the organization and specific interest of the EU. The proposed project of settling a EU common army between European member states has to be considered in this way: not seen as an alternative to NATO, rather than a new support for the organization. This two different and complementary scenarios will provide new efficient responses to common international problems like security and terrorism.

Furthermore, security is directly linked to EU relations with Russia and Turkey. These two are, for instance, important EU allies. Even if Russia, today, is seen more than ever as a threat to the stability of the European Union and in particular its Eastern region, Turkey is a strong and dangerous ally for what concerns migrant flows.

Security, migration, the economic crisis and the Brexit dilemma will still be considered the main challenges the EU will have necessarily to face (and vanquish) in the near future, in a mutated world order, for its own credibility as a leading actor at a global level.