Home / Energy / The Green wave in the EU Elections 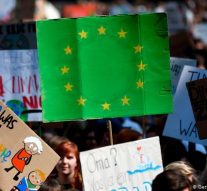 No Comments on The Green wave in the EU Elections 56

May 2019 European elections have come and gone, but the much-feared black wave of populist and extreme right-wing parties did not take place. Instead, Europe witnessed a green wave, as the Greens/European Free Alliance (EFA) grouping secured 69 seats in the European Parliament, up from 52 in the previous 2014 elections.

At the national level the green wave was even more remarkable. Green national parties received the second largest number of votes in Germany, third in France, where it was the first time they participated in European elections, and fourth in the UK, where they received more votes than the Conservative Tory party and a similar share compared with the Labour party.

Since the Swedish student activist Greta Thunberg made headlines by striking in front of Stockholm’s Parliament House last summer, she has sparked a global movement with young people skipping school for striking across Europe and around the world. They are marching to make their voice heard and in order to urge decision-makers to take more ambitious climate actions. Popular concern about the climate change consequences has been on the rise as the October report by the UN Intergovernmental Panel on Climate Change (IPCC) warns us about the urgency to tackle climate change if we want to keep the temperature increase below 1.5°C. Climate scientists have already pointed out the devastating effects for the planet in case change is not put in place.

Not only do people take the streets to express their concerns and demands, but they also take their government into the courtrooms to hold them accountable for their inaction to protect people from climate change impacts. A growing number of climate-related litigation cases against their governments’ climate policies were launched all around Europe: in the Netherlands, Belgium, UK, Germany, Ireland, Portugal, France and Norway. Citizens are taking action and they are turning to the courts to protect their human rights in the face of the devastating impacts of climate change: from the increasing severity and frequency of heat waves to forest fires and flooding, climate change indubitably impacts people’s rights, such as their right to health, right to live and right to conduct a business.  At the EU level, the so-called people’s climate case has been launched last year bringing together ten families from the EU and abroad to challenge the EU’s 2030 climate and energy targets. The plaintiffs claim that the goals for reducing emissions are insufficient and breach their fundamental rights.

The ongoing protests and the overall growing awareness of environmental issues in public opinion have been a crucial factor of the Greens’ success in some latest EU member states’ elections.  In particular, in Bavaria, the Greens became the second-placed party in the traditionally conservative state and they now represent the biggest party in the city of Munich. In Luxembourg, they were able to increase their share of vote by 50 per cent while achieving also good results in the Belgian local elections. Therefore, the European political group Greens/EFA are trying to take advantage of the recent “green wave” in order to continue to attract new voters in view of the European Elections in May 2019. As many voters are abandoning the traditional centre-left and centre-right parties, which seem to have run out of ideas, the Greens are eager to impose themselves as a credible alternative to the far-right populist parties.

In these elections, the stakes are unusually high and the progressive parties have to face the growing success of anti-European and anti-immigration parties. In order to oppose the politics of fear used by the far right to mobilize their voters, the European Greens are offering a positive and inclusive change in favour of environmental and social responsibility, freedom, democracy and openness to the world. Even though climate action should not be a partisan nor an elitist issue, still today not all political parties agree on its priority.

In the current legislative term, the European Parliament has been playing an important role in answering the citizens’ call for action on climate matters. According to a recent ranking of EU political groups on climate action, only three groups stood up strongly for protecting European citizens from climate chaos: Greens/EFA, the European United Left/Nordic Green Left (GUE/NGL), and the Progressive Alliance of Socialists and Democrats (S&D). These three political groups continue to emphasize climate and environmental issues in their campaign for the upcoming EP elections. On the contrary, even though most of the parties, like ALDE (Alliance of Liberals and Democrats for Europe), have recognised the importance of these issues, they have not acted with the necessary urgency. Finally, the European People’s Party (EPP), the European Conservatives and Reformists (ECR) and the Europe of Nations and Freedom (ENF) are placed at the bottom of the list, with some of their MEPs constantly opposing climate policies. However, with the growing attention to environmental protection, the centre-right and far right are also committing in its electoral campaign to favour the EU’s climate action: the next legislation will show if they will keep their word.

In appointing the new President of the Commission, the newly elected European Parliament will need to consider all dimensions in order to support continued improvements in EU energy and climate policy. The urgency of the fight against climate change, the important business opportunities offered by the declining cost of renewables, the rise of a new batteries industry and the continued competition coming from China, Russia and the US make a united European stance a key necessity.

The results of the European election could make this objective achievable. The new Commission will however need to embrace and possibly even expand the energy governance reform proposed by Vice President Šefčovič in order to overcome internal divisions among member states, particularly in decarbonisation, which should be accorded first priority.

The greater importance given to energy and climate policies by European voters should also spur the Energy Union to strengthen links between EU institutions and European citizens. This will not be an easy undertaking, but only by boosting citizen participation in these efforts can the leaders of individual member states be slowly convinced about the necessity to find common approaches to these challenges.