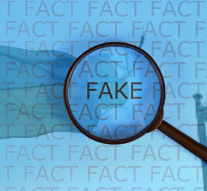 No Comments on Misinformation in Europe: fake news and deepfake media as a digital battleground of Russia-Ukraine war 27

The Russia-Ukraine war has rightfully been at the center of political debate since its beginning in February 2022. However, beneath the surface of the ongoing military clashes, a subtler, but nonetheless fundamental, war has been taking place: the spread and diffusion of fake news and deep fake media. Instead of bullets, the misinformation war has taken the form of manipulated media, false statements and state propaganda aimed at rallying support and swaying public opinion towards one or the other belligerent faction. Mostly, social media users have manipulated videos of old conflicts or military drills to then start livestreams on social media apps such as TikTok and ask for donations to their channel. Most social media platforms — including Facebook, Twitter, YouTube, and Google — have thus taken steps to reduce and remove disinformation attempts.

As the battle unfolds, we may be witnessing the escalation of “World Cyberwar I”.