Home / Employment and Social Affairs / What impact will US Presidential race have on the EU relations? 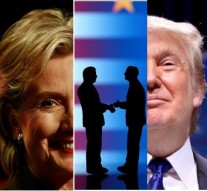 No Comments on What impact will US Presidential race have on the EU relations? 217

The US presidential race has being closely watched across all countries of the world, particularly in the EU, due to close transatlantic cooperation. What impact will the Presidential campaign have on these relations?

The US presidential race is not only drawing attention in the United States but it has being closely watched across all countries of the world. Since the post-war period, US-EU relations have been characterised by a close economic, political and security cooperation. During the administrations of Barack Obama, Europe has experienced United States’ shifting global priorities. Across Europe, the lack of US leadership on foreign affairs is widely noted with some regrets. Furthermore the most common sentiment among citizens seems to be that EU leaders have failed to fill the vacuum left by Washington by not being able to create a real functioning foreign and defence common policy.

This wider foreign policy aspect inevitably affects also economic and social relations between the EU and the US. Donald Trump’s agenda based on  “America first” and the isolationist stance of the Republican candidate on foreign policy and trade certainly is considered a threat in the EU. On the other hand the Democrat candidate, Hillary Clinton, has a more Euro-atlantic vision and seems even to support a new Cold War posture in dealing with Russia. Also the recent outcome coming from the Brexit vote in the United Kingdom could play a big role in the transatlantic relationship. Trump has said it is a “great thing” that the people of the UK have “taken back their country” in voting to leave the EU.

But if the isolationist stance ascribed to Trump could be considered mostly true as regard the EU, the Republican candidate argues, in contrast, that lowering the level of economic relation with Russia  is not helping Europe economic recovery. Trump believes he can “handle” Russian President Vladimir Putin.

Despite all those aspects, the core of the problem still is to be found in how much the US want to rely on the Transatlantic relations and how much the Brexit would influence on the already existing trend. Hilary Clinton could be considered  historically more “loyal” to European allies and over the years has been able to build important relationships also in the Arab world, that is a source of major concern for the EU also for the refugee crisis.

What is the stance of the two presidential candidates on TTIP?

Regarding the employment and social affairs a big topic is related to the approach of Clinton and Trump on the Transatlantic Trade and Investment Partnership (TTIP). Also on this, Brexit could have a crucial role. President Barack Obama has achieved the Trans-Pacific Trade Agreement (TPP) with Asia, while the TTIP with Europe has proved to be more complicated.

Trump has expressed his reservations about free trade in general. If he is more critical as regards TTIP, Trump is also against  TTP and other potential economic partners in Asia and America. The Republican candidate has repeatedly accused China of manipulating its currency to make its exports more competitive, with what he says are damaging consequences for the US economy. Despite being commonly known as a liberalist and a “free trader”, Trump has expressed his concerns over currency manipulation and concluding “unfair” trade deals with China, Japan and Mexico.

In the Democrat camp, while in 2012 (Secretary of State) Clinton promoted TTIP as an “economic NATO” able to strengthen the US-EU relations, now she is partly opposing the deal. Clinton has not provided a clear position  on TTIP, but her alignment with trade-skeptic Democrats in Congress means that ratifying an agreement will be far more difficult than it might have been under a generally pro-free trade Obama administration.

In the end it seems that the EU-US relations keep being a crucial aspect for Europe, while for the US seems to continue shifting global priorities trend. What the EU need is a candidate that really want to rely on transatlantic relations; the best choice in this sense would be the US citizens choosing the more “traditional” candidate and hope that would rely on a strict cooperation with the EU even without the United Kingdom.