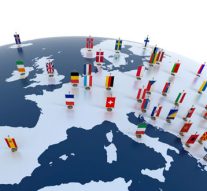 2016 Consumer Markets Scoreboard was issued today by the EU Commission to monitor EU consumers’ ratings the status of goods and services markets.

Today, the European Commission issued the 2016 Consumer Markets Scoreboard. Its aim is to monitor EU consumers’ ratings of how 42 goods and services markets work.

As shown by these ratings, market’s performance has improved since the last scoreboard in 2014. Such positive trend, observed since 2010, is speeding up. This is particularly true for financial services, which have shown the biggest progress.

Improvements are bigger for the services markets than for goods markets. In particular, those that show the biggest progress are financial services, since consumers clearly have more trust in their banks, private pensions and investment funds than before.

Therefore, as suggested by this, recent legislative initiatives in areas such as payment accounts and mortgage credit, effective enforcement and awareness-raising efforts are starting to bear fruit. Nevertheless, banking services still remain the least performing sector among services markets.

Books, magazines and newspapers, the market for entertainment goods (e.g. toys and games) and large household appliances – such as fridges – are consumers’ top three goods markets, while for services are leisure-related, including holiday accommodations, cultural and entertainment services as well as sport services – such as gyms.

Perfomance is uneven – both across markets and Member States

Across Member States, performance is uneven, especially in the markets for electricity services, water supply, railway transport, mortgages and mobile telephone services. These markets are less open to cross-border competition than better-ranking markets.

Performance is uneven not only between Member States, but also across markets since – among the markets surveyed – real estate services, mortgages, investment products, private pensions and securities, as well as second-hand cars and meat products are the lowest ranking.

In spite of strong improvements for the service markets, goods markets are those that continue to be more favourably assessed. Amongst the goods markets, the ‘fast moving retail’ markets, namely non-alcoholic drinks and bread, cereals and pasta, have lost ground compared to other goods markets, although they performed well in previous editions of the Scoreboard.

Markets perform better when consumers feel more confident as Věra Jourová, Commissioner for Justice, Consumers and Gender Equality said: “We can see from this year’s Scoreboard that consumer-friendly rules, market reforms, as well as effective enforcement of consumer rules, have made consumers more confident in the markets.“

For instance, the Consumer Credit Directive was originally conceived to tackle low consumer trust in financial services and now that this piece of legislation is in place, there is a growing trust in the sector.

As added by Jourová: “We must keep this encouraging trend going, especially for markets that still underperform, like telecoms and energy. That’s why consumers are at the heart of the Commission’s priority projects, like the Digital Single Market and the Energy Union.”

For some markets in certain countries, structural reforms are needed

Indeed, the Consumer Scoreboard confirms the results of the European Semester. As a matter of fact, in certain countries there are sectors – namely train services, water and electricity supply – that are in need of structural reforms, as their assessment varies greatly between Member States.

Consumers’ ranking of the train services market has improved significantly from 2013. The electricity market is not delivering fully to consumers. There are also many problems in the telecommunications markets. In these sectors, the overall detriment suffered by consumers is the highest among all sectors analysed.

As consumers have reported difficulties in dealing with the telecommunications markets, the Commission decided to address these issues  by coming up with a proposal in this area. The Commission’s recent Digital contracts proposals aims at improving consumer’s trust in cross-border purchases online.