Home / External Relations / Back to law: is the Union asylum policy finally cracking? 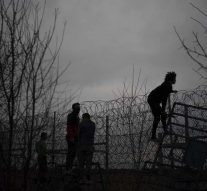 No Comments on Back to law: is the Union asylum policy finally cracking? 29

The Union’s asylum policy is one of the constituent segments of the “Freedom, security and justice area”, meaning the space given by all the territories of the Member States in which freedom of movement must be enjoyed under conditions of security and justice equal for all. It has been configured as a concurrent competence – it may also be exerted through the adoption of common rules -, thus allowing the Union to adopt any legislative act, including harmonization ones, in compliance with the principles of proportionality and subsidiarity.

As reflected in the first documents published by the European Commission in the aftermath of the attribution of competence to the Union in this sector, expectations about the positive role that the Union could have played were very high.

In subsequent European Councils and especially after the terrorist attacks of 11 September 2001 and 11 March 2004, the work agenda agreed in Tampere was radically modified, giving priority to the fight against terrorism and international crime and considering all remaining measures, especially those relating to asylum and immigration, which tend to be functional to it. This approach has not changed and, indeed, the so-called The “migrant crisis” has strengthened it, also thanks to a certain protagonism of the ministers and officials of the Ministries of the Interior in the European institutions and bodies responsible for immigration and asylum policies.

Based on the guidelines of the European Council, the institutions have created a European asylum system, implemented through two successive phases, characterized by a different level of harmonization of national laws, with the regulation of all the relevant aspects of the protection system: l reception, procedures, qualifications and determination of the competent State. In order to facilitate the correct implementation and application of Union rules, the European Office for Asylum Support undergoing transformation into the European Asylum Agency was also created.

Despite all measures taken, the Union fell short at standing in a liberal and coherent manner against the winds of nationalism and ramping fascism, which gathered consensus and endorsements of desperate unskilled people, feared by despicable politicians of losing the little they had earned in a lifetime (a job, a subsidy for unemployment, and so on), if the “ports would have left opened”.

The inability to agree measures internally led the governments of the Union to relaunch cooperation with third countries of origin and transit for the containment of flows, which has now acquired a key role in the management of migration policies and has had a theoretical framework with the communication dated 6 June 2016. Inspired by the principle of “more progress, more aid”, it aims at persuading third countries as much as possible to collaborate with the Union in fighting migrant smuggling, in the repatriation of irregular migrants and in welcoming asylum seekers, with any economic incentive at the disposal of the EU and the States: the more collaboration obtained, the more funding and support from the Union will be.

The forerunner of this new strategy is constituted by cooperation with Turkey, which has become the key country to contain the flow of Syrian citizens to the Greek islands. After several preliminary meetings, various related measures were agreed with a declaration dated 18 March 2016. Turkey has pledged to guarantee reception and protection to approximately three million Syrian citizens, in exchange for substantial funding from the EU and the Member States (a total of six billion euros are expected) and the release of negotiations on the agreement for the liberalization of visas for Turkish citizens. For the first time, the repatriation of asylum seekers was also regulated, through the obligation imposed on Greece to qualify Turkey as a safe country and a country of first asylum for Syrian citizens.

Tensions flared last weekend when the Turkish president, Recep Tayyip Erdoğan, declared he was “opening the doors” because Turkey could no longer cope with refugees fleeing Idlib province, the last remaining rebel stronghold in Syria. Thousands of refugees and migrants have since attempted to reach Greece via its land or sea borders. Greek police have been using teargas and water cannon to repel people trying to get into the country, while Turkish police have been firing volleys of teargas towards Greece in return.

In the meantime, the EU is under fire from human-rights NGOs for accepting Greece’s decision to suspend asylum applications for one month. In an open letter to EU leaders and the Greek prime minister Kyriákos Mitsotákis, 85 charities, including Action Aid and Amnesty International, said they were “deeply concerned” about how authorities were handling new arrivals to Greece.

In the construction of the common European asylum system, all the contradictions and ambiguities of the European Union emerged: an international organization different from all the others as regards the extension of the competences attributed at a central level and the effectiveness of the measures adopted in national laws, which aims to regulate policies like those of immigration and asylum despite not having sufficient powers.

In addition to the objective inadequacy of this hybrid structure, the inability of governments towards the European Council and the Commission to develop measures inspired by a forward-looking vision was added.

This explains the continuing centrality of the Schengen and Dublin systems, which arose in the era of cooperation under international law outside the Union, without the fact that immersion in the European Union has brought about their significant change.