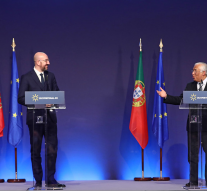 The EU Council has received formal notifications about the approval of the own resources decision from all 27 Member States. National ratifications being completed, the EU can now start making available funds under the Recovery and Resilience Facility. With a financial envelope of 672.5 billion euro, the facility is the central part of Next Generation EU, the EU instrument for economic recovery from the COVID-19 pandemic.

All member states had to sign off the legislation, whose final version was agreed on December after Poland and Hungary lifted their veto over a mechanism that will link the disbursement of EU funds to compliance with the rule of law. “With the positive votes of the Austrian and Polish parliaments, the 27 member states finalised the parliamentary approval process,” European Budget Commissioner Johannes Hahn said, commenting the vote by the last two Member States to ratify the decision of the own resources. And the Polish ruling coalition came close to breaking up due to disagreements regarding the country’s plan to spend and invest its allocated share of the funds.

In any case, even with some weeks of delay, this decision empowers the European Commission to borrow up to 750.000 million euro in 2018 prices on capital markets on behalf of the EU. This will enable the EU Commission to borrow the necessary cash on the financial markets and repay it over the next decades – by 2058 at latest. It also provides for an increase of the maximum amount the Union can ask from member states to cover its financial obligations by 0.6 percentage points.

The completion of the ratification process allows the EU to start borrowing funds on the capital markets already in June 2021. Pre-financing of 13% of the total amount allocated to each member state will be made available to national governments after the approval of their recovery and resilience plans. A total of 21 Member States have submitted their recovery plans: Belgium, Denmark, Germany, Greece, Ireland, Spain, France, Croatia, Italy, Cyprus, Latvia, Lithuania, Luxembourg, Hungary, Austria, Poland, Portugal, Slovenia, Slovakia, Finland, and Sweden. The Commission is expected to green light the first plans by the end of June, and the Council will have an additional month to give their approval based on the Commission’s verdict. Once the national governments submit their plans, it is for the European Commission to assess them within two months. The Council has then four weeks to approve each plan by means of an implementing decision. The rest of the funds will be disbursed considering the achievement of the milestones and targets set in the national recovery and resilience plans.

“The first payments from the EU’s Covid-19 recovery fund could come in July if all goes to plan”, the Eu Commission vice-president Valdis Dombrovskis said. He added that the Commission will start to assess the national plans starting on 14th of June.
On the one hand, countries that are large beneficiaries like Italy and Spain are pushing the Commission to proceed faster. On the other hand, the so-called “frugal” countries — Austria, Denmark, Finland and the Netherlands — want to keep a strict attention on the proceedings to ensure the EU follows due process.

“The European Union is now able to obtain the necessary funding for the European social and economic recovery. The governments and national parliaments of the EU 27 have shown a strong sense of solidarity and responsibility. We cannot afford to waste more time. We must ensure the swift approval of the first recovery and resilience plans by the end of June”, said Antonio Costa prime minister of Portugal, the country that detain the presidency of the Eu Council untile the end of this month. “Despite the very tight schedule,” the first disbursements from the EU Recovery Fund will likely be made before the summer holidays, that is before the end of July, Economy Commissioner Paolo Gentiloni was quoted as telling greek state-run news agency Ana-Mpa in an interview. According to Gentiloni, thanks also to Recovery Fund, public investment is set to reach its highest level in more than a decade in the Eu. “We’re not yet out of the woods but there is a brighter outlook ahead of us.  We need to get the next steps rights to ensure the quality, inclusiveness and endurance of the recovery”, he said.

Member States have completed their recovery and resilience plans that set out a coherent package of reforms and public investment projects. To benefit from the support of the Facility, these reforms and investments should be implemented by 2026. The plans should effectively address challenges identified in the European Semester, particularly the country-specific recommendations adopted by the Council. The plans should also include measures to address the challenges and reap the benefits of the green and digital transitions. Each plan is expected to contribute to the four dimensions outlined in the 2021 Annual Sustainable Growth Strategy, which launched this year’s European Semester cycle: Environmental sustainability; Productivity; Fairness; Macroeconomic stability. Thus, the Recovery and Resilience Facility offers an unprecedented opportunity to speed up the recovery in Europe and reinforce the commitment to the twin transitions: green and digital.