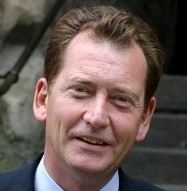 No Comments on Brexit: an interview with Sir Graham Watson, former MEP 114

The Brexit referendum has put an end to the European future of Great Britain, which has been deeply divided over this sensitive topic. While England and Wales voted in majority to leave the EU, Northern Ireland, Scotland, and London voted to remain.

“I was a little surprised, but not terribly. I knew from last May that it was going to be an uphill struggle; and the Remain camp fought a negative and unimaginative campaign. I spent three days campaigning every week, mainly in south west England, since end November last year and it was clear we were losing in some areas. The situation is best summed up by quoting Shakespeare (Richard ll, Act two, scene one) : ‘..that England, that was wont to conquer others, hath made a shameful conquest of itself’.”

“One of the promise made to Scots in the referendum was that by voting to stay in the UK they secured their membership of the EU. If Scotland is forced to choose between union with the rest of the UK and EU membership I believe she will choose the latter. Not necessarily through another referendum:  it could be part of the negotiations for UK withdrawal that Scotland (and perhaps Gibraltar) – remains in.”

Do you think the United Kingdom will still be able to count on the international stage as it was in the past? Although the US president, Barack Obama reassured on the fact that the special relationship with the UK will not be affected by the outcome of the referendum, what impact will Brexit concretely have on NATO, TTIP and the transatlantic relations?

“The UK will have much less weight.”

After David Cameron announced his resignation as British Prime Minister, many claimed Jean-Claude Juncker should also resign, as this is a failure of European Institutions. Do you think they are responsible for what happened in the UK?  What was their mistake and what lesson can they learn after the victory of the Leave camp?

“I do not believe the EU was responsible for the outcome, but I hope the EU will learn from the message of the UK voters that much needs to be done to give citizens more confidence in it.”

“I fear the dangers to continental politics and the continentsl economy at least as much as I fear the dangers to the UK. Italy, in particular, could face speculative attacks on its cost of borrowing. For what it is worth, I think the chance that a UK government will trigger Article 50 is no greater than 50%.”