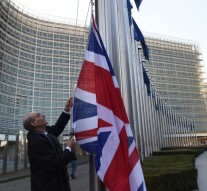 On 23 June, the day of the Brexit Referendum, the United Kingdom will be at a watershed moment, also in terms of Foreign and Defence Policy. What would the referendum’s possible fallout on Britain’s foreign policy be?

On the 23 June, the day of the Brexit Referendum, the United Kingdom will be at a watershed moment. Although the European Foreign and Defence Policy are the farthest frontiers of the European integration project, these policies will be severely affected by the outcomes of the UK Referendum on whether to stay in the EU.

Over the last years, the European Union have tried to expand its foreign affairs and defence arms by moving towards greater integration, with or without the UK. Nevertheless, if the UK votes to leave the EU, the EU international posture will certainly change, but so will the one of the UK. What would the referendum’s possible fallout on Britain’s foreign policy be?

How would a European defence and foreign policy be without the UK?

As it is not alone in wanting to keep it the things as they are, EU foreign policy would probably continue to be inter-governmental in case of Brexit. Nevertheless, the EU might become less active on the world scene because British governments of both parties, despite eurosceptic rhetoric, have regarded the EU as an important tool in pursuing foreign policy goals. Furthermore, if the UK were not in the room to argue in favour of sanctions, this instrument would be used less by the Union as a way of pressure on countries such as Russia. In addition, there might be less opposition to the establishment of a European defence policy, but there would also be much less capability available for EU operations. Defence cuts, in the UK like elsewhere in Europe, have gone deep, and lower economic growth post-Brexit could mean they’re going deeper still.

Without Britain acting as a bridge, the relationship between the EU and NATO might also become more difficult and, as a result, effective Western soft power would certainly be damaged. Due to German reticence about armed deployment and French discomfort about US-led command structures, it has often fallen to Britain the burden of forging the link between NATO and soft power decision-taking in the EU’s Council of Ministers, delivering EU influence, aid and diplomacy to support common Western aims.

The special relationship between Washington and London.

What will the Special Relationship between Britain and the US be? Britain at its best is in step with America at its best and the US administration has made clear its opinion on this matter. Britain should stay in the EU. US President Barack Obama intervened personally by both stressing the need for British leadership within the EU and pointing out that, if it chooses to leave the EU, the UK would be “in the back of the queue” with the US to get trade deals. Hillary Clinton, one of the two presidential candidates, also strongly advocates for the UK to stay in the EU.

Despite this, the situation for Britain would not change substantially different if it leaves the EU. But influence on American policy is a matter of perceived power and the United States consider Britain functional to the extent that it can convince or cajole other Member States to adopt common or at least similar policies. So London influence in Washington is proportional to its influence in Brussels and Britain would be cut down to size– 60 million, not 500 million – in the US in case it voted for a Brexit.

Can Britain be a player on the international stage without the EU?

Britain, a member of the UN Security Council with a nuclear arsenal and the world’s fifth largest economy, maybe does not need the EU to be a  relevant player on the international stage. However, if the UK left the EU, its aid programmes would be smaller, and probably less focussed on its partners, such as the members of the Commonwealth. Furthermore, the access of developing countries to EU markets would probably be harder, particularly for those with the closest ties to the UK. Britain could focus on potentially lucrative markets such as China and India. But it is clear that Chinese want to deal with the UK as part of an EU block, while India may be more accessible thanks to historic ties. Still this possibility is unlikely to be easy.

Looking beyond trade, Britain’s ability to help defuse threats of conflict would decline. The possibility for the UK to become a “Switzerland with nukes” was advanced, although this option could not work simply because Britain – as proved in Iraq, Afghanistan, Kosovo, Libya and elsewhere – wants to continue to flex its military muscle and not just be a financial centre. So, how could the UK be listened by Iran, India, China or the Security Council if its influence in Europe and consequently on America has shrunk?