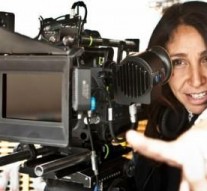 EuropeAid, Directorate General Development and Cooperation, has launched a call for proposals for Med Film focusing on the audiovisual sector, and in particular fiction, documentary and animated works, be they for theatrical release, television or the web.

The call for proposals aims to contribute to cultural diversity and development, in particular human development, by promoting social issues, especially gender equality in the regions of the south of the Mediterranean, through the support given to the film industry and its developement, as a job-creating sector.

Three grants will be awarded according to three lots, each with different objectives:

Lot 1: Enhance the image of women in the film sector

By offering alternative perceptions of women in films, it aims at promoting freedom of expression by encouraging filmmakers from the region to tackle sensitive issues such as gender equality; promoting the role of female film professionals in the region by giving them space to create and express their own concerns; and fighting gender-related stereotypes.

It aims at fighting stereotypes and promoting gender issues by ensuring the screening and dissemination of films tackling such topics to a broad audience in the region, particularly to young people and viewers in rural areas; and strengthening links between the different players in the film industry and civil-society organisations, with the ultimate objective of achieving sustainable audience development.

Lot 3: Support market access and the south-south distribution of films across the Mediterranean

Its objective is to promote freedom of expression by ensuring that productions tackling sensitive issues such as gender reach the screens at the local and regional levels; to enhance the role of female film professionals in marketing, selling and distributing their productions; and to develop the film industry as a job-creating sector.

More details of the call

Any grant requested may not exceed 80% of the total eligible costs of the action.

The main purpose of the action is to provide financial support to third parties. At least 65% of the grant allocated must be redistributed as sub-grants to South Mediterranean organisations, following competitive calls to be launched at least on an annual basis.

This call for proposals is open to a lead applicant in a consortium with at least two co-applicants based in two different Southern Mediterranean countries.

For more information and all necessary documents, including guidelines, application form and annexes, please click here.