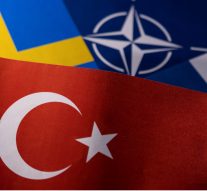 No Comments on Can the migration current outlook impede Nato alliance enlargement process? 18

NATO member Turkey waived its right to oppose Finland and Sweden’s admission to the Western Alliance. This put an end to the drama that lasted for several weeks and tried the allies’ ability to work together in opposition to the Russian invasion of Ukraine.

Turkey’s veto was lifted after four hours of negotiations, just before the NATO summit in Madrid began. According to Reuters, this prevented an awkward impasse in which the 30 assembled leaders might have found themselves rather than demonstrating the desired determination in a united stance against Russia. In essence, this now permits Sweden and Finland to move through with their plans to join the NATO alliance, and this event is seen as one of the most significant advancements in European security in recent years. Official Turkey has asked that these Nordic nations end their assistance for Kurdish organizations like the PKK and ease the embargo on the transfer of certain weapons to Turkey. Following Turkey’s 2019 offensive against Kurdish YPG forces in northern Syria, the arms embargo was put in place. Sweden has denied sheltering PKK members, which Turkey has claimed to be a source of concern. The EU, the United States, and Turkey have all recognized the PKK as a terrorist organization. In 1984, it turned into an adversary of this state, and thousands of people lost their lives as a result of the fighting between the government and the rebels. Western nations have provided backing to the Syrian YPG (People’s Defense Units), which Turkey believes to be an offshoot of the PKK.

The two Nordic nations formally recognize the PKK as a terrorist organization by signing the pact. The United States and the European Union, to which Sweden and Finland belong, have already listed it as such. In addition, they vowed not to aid the imam Fetullah Gulen network, an exiled Turkish Muslim cleric.

This network is known as FETO in Turkey, which has designated it as a terrorist organization. Additionally, Finland and Sweden promised to address any outstanding Turkish requests for the extradition of individuals whom Turkey believes to be terrorists, stating that they will do so in conformity with the European extradition convention. As the prominent portal International Affairs reports, NATO membership for Sweden and Finland was contingent on their commitment to extradite Kurds who had sought sanctuary in these nations but who Turkey suspected of having ties to terrorism. Swedish Prime Minister Magdalena Andersson has refused to rule out deportations to Turkey as part of the NATO accord ever since it was signed on June 28.

Beyond what is necessary in the protocol, Turkey’s ambassador to Sweden has demanded that Sweden take action against gatherings when people fly the flags of organizations that Turkey forbids. Although Turkey has overturned its veto, it is still not certain how the extradition agreement will be implemented in practice, as it seems that its signing was rushed for the sake of the admission of two countries to the membership. It seems that the Alliance is trying to show unity in the fight against the aggression of the Russian Federation in Ukraine, which is also reflected in the admission of two northern states to full membership.