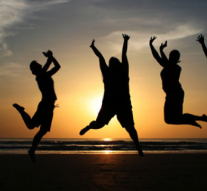 No Comments on Can youth really raise their vote against climate change? 44

The rise in youth activism on climate change is not only uplifting to see – it’s frankly essential. This is particularly true at a time when Brexit dominates everything, and the UK is gripped with political uncertainty. In recent weeks, the sight of thousands of school children skipping lessons to deliver dire warnings to those in power have lifted the spirits of millions of jaded older activists. They stand as a stark reminder of the future that all in the environmental movement are fighting for. As 2019 unfolds, it will be a year that sees a rising tide of climate action with young people leading from the front. Seeing people of all ages willing to take direct action as part of the Extinction rebellion Movement and young people demonstrating their passion for the cause is a reminder of the need for a large, broad-based movement to achieve the change we need.

According to the United Nations, “Climate change is one of the major challenges of our time and adds considerable stress to our societies and to the environment. From shifting weather patterns that threaten food production, to rising sea levels that increase the risk of catastrophic flooding, the impacts of climate change are global in scope and unprecedented in scale. Without drastic action today, adapting to these impacts in the future will be more difficult and costly.” For quick global effects, young people must continue to take part in intergovernmental climate change processes across the globe. “The role of the private sector in combating climate change is becoming ever more relevant,” says Climate Home. To this end, more collaborative efforts are crucial to tackling climate change by spreading its awareness among the populace and working closely with governments to ensure policy implementations.

The increase in global warming has created other problems. The oceans are absorbing the carbon dioxide from the atmosphere. In response, they have become 30 percent more acid since the beginning of the Industrial Revolution. They have also become warmer. The top 2,300 feet are 0.3 degrees warmer since 1969, causing them to expand. When ocean water expands, sea levels rise. In 2017, the Arctic had 448,000 square miles less sea ice than normal. The ice is melting more than usual in the summer, but not regaining its mass in the winter. A 2018 study found the Arctic Ocean has lost 95 percent of its oldest thickest ice. That ice is the glue that keeps the Arctic frozen in the summer. In May 2018, Stanford University scientists calculated how much global warming would cost the global economy. If the world’s nations adhered to the Paris Climate Agreement, and temperatures only rose 2.5 percent, then the global gross domestic product would fall 15 percent. If temperatures rose to 3 degrees Celsius, global GDP would fall 25 percent. If nothing is done, temperatures will rise by 4 degrees Celsius by 2100. Global GDP would decline by more than 30 percent from 2010 levels. That’s worse than the Great Depression, where global trade fell 25 percent. The only difference is that it would be permanent. The World Employment and Social Outlook 2018 estimated that climate change threatens 1.2 billion jobs. The industries most at risk are agriculture, fisheries, and forestry. Maine is already seeing a decline in its lobster catches. Natural disasters have already cost 23 million working life years since 2000. On the other hand, efforts to stop climate change would create 24 million new jobs by 2030.

“The United Nations System recognizes the key role that youth play in tackling climate change and works closely with youth-led and youth-focussed organizations around the world through the United Nations Joint Framework Initiative on Children, Youth and Climate Change (Joint Framework Initiative),” says the U.N. There’s no denying that robust public-private partnership is an efficient way to tackle environmental challenges. As such, youth organizations should partner local, national, and international governments for more frantic efforts to curtail environmental disasters. To challenge the vested interests that stand in the way of meaningful climate action – coordinated action between young and older activists of all ages is essential. Here’s to further strikes and young people in the UK and globally taking powerful steps to fight for a future for all of us.