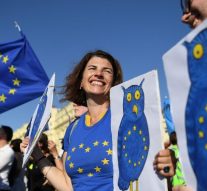 What does the movement Black Lives Matter have to do with the Conference on the Future of Europe? The former is a bottom-up movement, demanding justice for African Americans who expose the violence and discrimination that oppresses black people in the US. It is an outcry against systemic racism and its by-products – the over-policing, incarceration, brutalization, and murder of black people. Lately, it has developed an even more complex nature, in which the class component is emerging more prominently than before. People from similar socio-economic backgrounds are joining Black Lives Matter, even if they did not experience direct racial discrimination. It is becoming more and more a matter of social justice, with changing dynamics and forms of protest.

The Conference on the Future of Europe is an idea whose inception is to be found at the highest institutional level of the EU. Whose aim is to bring the EU closer to its citizens by creating an assembly that is supposed to be owned as a bottom-up process by the EU citizens who will join it. It is such a spontaneous process that even the composition of the assembly is defined by the institutions launching it. The EP proposal for the Conference indeed[1] suggests employing statistical institutes to identify the bunch of people to be assembly members who would perfectly reflect the demographic composition of the EU in each of the assemblies to be held. Spontaneous and bottom-up, indeed.

Two very different ideas and potential dynamics that lie in there. And yet there are resemblances. Both can come up with social change dynamics, Constitutional impact and renewed democratic participation. They are the two sides of the same coin, somehow. It is hard to state that one could learn from the other – they are so different that comparisons are hazardous. But still, the Conference should take into account the multi-folded social movements that have been agitating the world, including Europe, over the last years. In so doing, the Conference doesn’t have to include representatives of said movements. That would be simply useless and harmful for reaching common goals. In a way, the Conference should acknowledge that it is not a bottom-up movement but it should at the same time include the demands of the social and bottom-up movements in its discussions. Social justice should be the top priority of the Conference. Climate change and climate justice – remember the Fridays for Future? – should be too.

The global unrest find a common element in the outcry for justice. What the Conference on the Future of Europe can do to provide with a supportive platform for these movements is not to mimic them, but to include the same demands in their debate and analyse solutions that can come from a top-down perspective that acknowledges the meaning of participatory democracy.

Participation is what can unite the two processes. The attempt to unify them is hopeless because a participatory process is by definition one that can include diverse voices and allow for diversity to be expressed in the most appropriate ways. Therefore, is there is a lesson that the Conference can draw from Black Lives Matters, it is how this movement has been expanding openly to include new messages that still resonates, and magnify, the original demand. May the initiators of the CoFoE reflect on this feature before outlining new statistical attempts to create diversity from scratches! The beauty of diversity is its spontaneous nature. The beauty of the EU motto is that it is a dream for these diverse natures to come together, spontaneously.