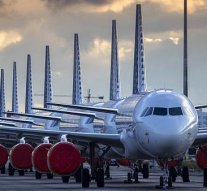 No Comments on Coronavirus impact on intra-EU mobility 42

Coronavirus strongly impacted one of European Union’s most important values: mobility across Member Countries. Travel restrictions, together with closing of universities, severely affected also cross-border mobility programmes for young Europeans, such as Erasmus. According to Erasmus Student Network, currently 165.000 young people across Europe are on an Erasmus exchange and 5.000 more are involved in volunteering projects: around 25% of student exchanges were cancelled due to Covid-19; 37.5% of students experienced at least one major problem related to their exchange; half of the students whose programme continued have moved to online classes; 34% have moved to partial online offers or partially postponed classes. Erasmus represents the new reality imposed during these months by the pandemic, where the EU witnessed disorderly decisions of individual member states to seal off the internal borders of the Schengen area.

Regarding the border closure decision, the Minister of Foreign Affairs of Luxembourg, Jean Asselborn, criticised the decision asserting that the virus was spreading “from person to person, not from country to country” and the closed borders would not be any obstacle for COVID-19. Alesslborn said that “these measures would not paint a very good picture on the 25th anniversary of the Schengen agreement, with German police patrolling the bridge to that very Luxembourgish community”. According to him, the measures could not go on for too long “if we wanted to preserver the European ideas and values built-in Schengen”.

The reintroduction of border control is a prerogative of the Member States. The Commission may issue an opinion regarding the necessity of the measure and its proportionality but cannot veto such a decision if it is taken by a Member State.

Off course the current situation and the “suspension” of Schengen has nothing to do with nationalistic trends and populism, but was a sudden response to something not foreseen. And even among regions in the same countries are to some extents come back borders and controls due to security reasons. But it is still true that from a symbolic point of view the pandemic has posed a challenge to the core of the Eu project: mobility among students, workers, goods in Schengen area is the cornerstone of the Union and of its economy.

This challenge added up to the already existing difficulties among some EU member countries, causing a situation in which the economic recovery after the pandemic will be crucial for the future of the Union. And here again it comes also another key aspect related to mobility: since March of 2020, more and more countries across the world shut down borders and limit domestic travel as a response to coronavirus outbreak; thus, cancelling almost all flights to control the spread of the virus has affected the entire airline industry globally. Now the question is: what kind of airline industry will emerge once the pandemic and the lockdowns have finally passed?

According to data provided from Statista.com, during the week of May 4, 2020, the number of scheduled flights worldwide decreased by 69.9 percent in comparison with the week of May 6, 2019 with high cross-country variations. In some countries the year-on-year decline in the number of passenger flights reaches over 90 percent, for instance, reaching 98 per cent decline in Italy. It is true that from May on things will gradually be relaunched, but gradually, and thus the recovery in the sector will be slow. Airline passenger revenue loss estimates at the beginning of May reached 314 billion U.S. dollars globally. On the other hand, airports loose because of this crisis as well. In 2020, an estimated revenue loss of around 17 and 25 billion U.S. dollars in North America and Europe respectively are expected.