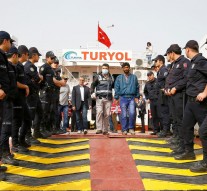 After last week’s failed military coup, turmoil was unleashed in Turkey, which resulted in tensions with the EU member states. Could the ongoing situation aggravate Europe’s severe migrant crisis?

Across Europe, concern have been raised over Turkish President Recep Tayyip Erdogan’s massive political purge and promise to reinstitute the death penalty, as it could have critical consequences for EU-Turkey relations, especially in the field of migrant control.

In exchange of various financial and political incentives, Ankara accepted to sign a deal with the EU aimed to reduce the flow of migrants from war-torn Syria and Iraq. Last year, more than a million refugees reached the continent.

“We are deeply worried about the developments in our neighbouring country,” Greek Minister of Migration Policy Ioannis Mouzalas said to CNBC this week, “Anything that disturbs the Europe-Turkey agreement on refugees may increase the migration flows. We hope that this agreement will be respected.”

The EU-Turkey deal, helped by the closure of a key border crossing between Greece and Macedonia, was the impetus behind the declining figures. The number of people who illegally entered EU during the first six months of 2016 reached 360,000. Although it was higher than last year, the pace was slower than before the agreement was implemented.

Located at the nexus of Europe and the Middle East, Turkey has always been key to the European Union, which has considered the country on the fast track for accession until less than 10 years ago. However, the process has recently stalled.

For more information on the creation of the EU-Turkey Deal, read “EU leaders looking for a deal to send refugees back to Turkey.”

Turkey’s division with the EU has worsened

Since the surprise attempt last week to overthrow its government failed, Erdogan’s reaction has put him on track for a confrontation with Western capitals.

The response of Turkey’s President has been brutal. As part of his harsh crackdown – Radio Free Europe estimated this week – 60,000 people have lost their positions in the military, police and civil service. In addition, Erdogan has demanded the US to extradite Fethullah Gülen, a cleric accused of fomenting the coup.

In response, Erdogan’s government was called upon by the EU Foreign Affairs Council to fully comply with Turkey’s constitutional order. Meanwhile, the possibility for Turks to be granted visa-free travel to Europe this year was ruled out by European Commissioner Gunther Oettinger.

Turkey’s division with the EU was worsened by Erdogan when he dismissed European concerns and raised the possibility of restoring the death penalty in the country in order to punish the coup’s perpetrators.

Such a shaky commitment to civil rights has fuelled new concerns within the 28 Member States, whose leaders are afraid of a possible collapse of the recent refugee arrangement. According to the agreement, 3 billion Euros will be annually provided to Turkey by the EU in order to provide a shelter in the country to all those illegal immigrants who tried to reach Europe.

Turkey’s crackdown could undermine the further implementation of the migrant accord, some European leaders fear. Tove Ernst, European Commission spokesperson for Migration, Home Affairs and Citizenship, told CNBC that “the Commission is following the situation in Turkey closely.”

According to the United Nations High Commissioner for Refugees, almost 3 million Syrian refugees currently live in Turkey. Host countries, particularly Greece, would be congested if even a part of them were shipped to Europe, Ernst added.

Greek Refugee Crisis Management Coordination Body’s figures show that just over 57,193 migrants are hosted by Greece. Together with the Hellenic Republic, a country in the clutches of its own economic crisis, Germany is another country in the hot seat should the Turkey accord collapse. Indeed, around 1 million migrants are sheltered by the federal Republic, which has already processed almost 284,000 new asylum requests in the first half of this year.

Read “EU-Turkey Deal Does No Good for Migrants in Greece” for more information on the ongoing situation in Greece.

As conditions in Turkey are deteriorating, refugees may attempt to sneak into Europe

“So far there is no indication that Turkey is not fulfilling its obligations,” German Chancellor Angela Merkel said while speaking in Berlin last Wednesday. In her opinion, there is no reason to suspend the EU’s refugee pact with Turkey.

Yet, deteriorating social and political conditions in Turkey are a source of equal concern to the European Union. In order to avert a potential second military coup, the country has been placed under a “state of emergency” by President Erdogan for three months.

Efthimios Petrou, a Greek defence and security analyst said that “The attention of the Turkish authorities has moved from the surveillance of the sea borders, and now they are focusing on how to prevail the order in the large urban centre.”

He also added that, if the situation in Turkey deteriorates, refugees may be desperate enough to even attempt to sneak into Europe via Greece.