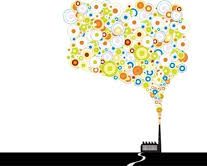 No Comments on Decarbonisation of the European Energy Union 41

Achieving both economic growth and GHG emissions reductions is essential to
avoid dangerous climate change, with its associated economic, social and
environmental costs. Keeping the global temperature rise below 2°C
represents a major challenge, particularly while ensuring decarbonisation is
cost-effective and maintaining security of supply and competiveness. A
number of policies have been implemented throughout the EU to reach its 2020
targets; the next challenge is to look ahead to 2030. To continue the
process of switching to a low carbon economy and setting the next waypoint
towards the EU’s 2050 objective of reducing GHG emissions by 80-95%, the
European Commission has released its proposal for an EU 2030 framework for
climate and energy policies. Significant potential exists within the EU to
reduce GHG emissions at reasonable costs, both in the short and long term.
The 20% reduction of emissions by 2020 will likely be overachieved despite
the current low ETS price; indeed, even with the existing surplus of EUAs,
this will probably be the case without further policy intervention. The
Commission’s Low Carbon Roadmap suggests that a tighter cap and target would
put the EU on a more cost effective pathway to 2050.

After 300 years of industrialisation, our European society is moving
towards low-impact, sustainable existence. While our GDP has grown by the
50% since 1990, our emissions fell by the 22%. This means we have
successfully decoupled emissions from our economic growth and we have proved
there isn’t a trade-off between the two objectives.

More importantly, the realisation that climate change may cause in future a
much larger recession than the 2008 one is gaining traction worldwide.

The long-term project to be carried out by the Energy Union will be only
possible if the European energy policy is revised and finalised in the
short-term. If properly addressed, the European energy policy is a powerful
instrument that can bring a wide range of pragmatic and efficient answers to
the identified shortcomings. There are three key objectives that a
comprehensive European energy policy should achieve in priority. The first
one is to achieve the European internal energy market of electricity and
gas, which has come to a point of no return. An integrated, competitive,
liquid and resilient EU energy internal market, based on the adequate
regulatory framework and interconnected infrastructures remains the key tool
at EU’s disposal in order to achieve all its essential energy objectives at
the same time. The second one is to collect the benefits of the external
dimension of the European internal energy market. An EU approach in certain
key areas is now necessary to allow those bilateral deals by individual
member states and companies with suppliers and transit countries benefit the
entire EU market, but also that no third country/company can threaten key EU
energy assets and infrastructures or engage in targeted reductions of energy
supplies. The third one is to assert the governance of the European energy
policy, based on a strong, coherent, and modern European energy regulatory
space governed by common institutions enhancing coordination and cooperation
between all actors and policy fields within a consistent framework. There
are ten meaningful actions, together with concrete remedies, policy
instruments and institutional frameworks that should be implemented in the
short term in the new EU institutional cycle. Some of the actions proposed
are new. All these actions should bring the EU at a higher level of
integration in the field of energy, between founding Member States and those countries who joined the EU in the XXI century.
Integration demands a greater interdependence in terms of policy making and, to a certain limited extent, a transfer of sovereignty to the EU.