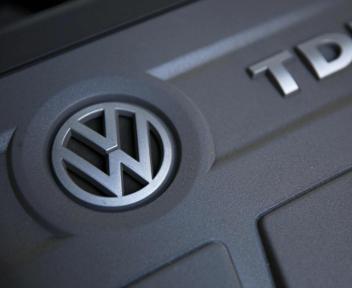 No Comments on The Dieselgate 97

The Dieselgate is a further blow to the car industry already reeling from worldwide pollution concerns. Massive levels of pollution are emitted by diesel vehicles built by a wide range of carmakers, according to tests carried out by one of the world’s biggest independent motoring organizations, the ICCT.

Following the scandal, Volkswagen affected vehicles risk to be pulled out from European markets (Switzerland, Italy, the Netherlands and Belgium, while prosecutors in Sweden consider opening an investigation on potential corruption and a criminal complaint was filed in Spain). As regards cars already sold, Volkswagen is looking to inform customers about the steps it will take to repair the vehicles.To reach out to customers, Volkswagen plans to set up websites in various countries so drivers can check on actions locally.

The carmaker has already set up a site in the U.S., the starting point of the scandal that has wiped out 28.6 billion euros ($32.1 billion) from the company’s market value. The scandal involves a type of diesel engine installed in as many as 11 million vehicles worldwide. The number includes about 5 million VW brand cars, 2.1 million Audi models, 1.8 million VW delivery vans, 1.2 million autos from the Skoda unit and 700,000 from the Spanish Seat nameplate. Models include the previous generations of the VW Golf hatchback and Tiguan sport utility vehicles.

The International Council on Clean Transportation (ICCT) applauds the U.S. Environmental Protection Agency and California Air Resources Board for their announcement of an investigation into possible violations of the Clean Air Act by Volkswagen, through the use of defeat devices on diesel passenger cars from 2009 to 2015. “This is a powerful affirmation of U.S. federal and California vehicle emission regulations, and of the agencies” said Drew Kodjak, International Council on Clean Transportation Executive Director. “Clear protocols, in use requirements for the useful life of vehicles, clear enforcement follow-through, the authority to fine and force recalls—these are ‘best practices’ that regulations worldwide should incorporate.”

The U.S. Environmental Protection Agency and California Air Resources Board action arises from an ICCT  research project in collaboration with West Virginia University in 2013-2014, which aimed to evaluate real-world operating emissions from light-duty diesel vehicles in the United States. The ICCT conducted in-use tests, using portable emissions modeling systems, on three vehicles: a VW Jetta, a VW Passat, and a BMW X5. The tests, conducted over five pre-defined routes categorized based on their predominant driving conditions (highway, urban/suburban, and rural-up/downhill driving), revealed that real-world nitrogen oxide (NOx) emissions from the Jetta exceeded the US-EPA Tier2Bin5 (at full useful life) standard by 15 to 35 times. For the Passat, real-world NOx emissions were 5 to 20 times the standard. The BMW vehicle was generally at or below the standard, and only exceeded it during rural uphill operating conditions.  Then, it appears that the technology required to meet the U.S. motor vehicle air pollution standards for diesels is available, as BMW vehicle’s performance on the in-use tests demonstrates.

John German, U.S. program lead for the ICCT, affirms: “The huge discrepancy in real-world performance among these vehicles makes it clear that without vigilant enforcement of air pollution laws, companies that comply with the standards will be placed at a competitive disadvantage. If left unchecked that could undermine the whole regulatory framework. That’s why the actions by EPA and CARB are so important.”

Of course, excessive pollutant emissions during real-world driving is not something confined to the United States. ICCT research studies in Europe have repeatedly found large and growing gaps between real world emissions and the regulatory certification levels. “This is a global problem that will require a coordinated global solution,” said Kodjak.

The German government has set an Oct. 7 deadline for Volkswagen to say how it will bring some 2.8 million diesels in its home market up to standard, threatening to pull the cars off the road if the manufacturer fails to do so.

The Dieselgate is expected to cost enormously to Volkswagen and to the diesel automobile market. Definitely, it is a serious reputation damage for VW and Audi brands, as observed by the polling firm YouGov (while consultant Brand Finance estimates the VW marque’s value could be cut by about one-third, or $10 billion!!!) because the firm lied. Nonetheless, it is strange that only for nitrogen oxide (NOx) non pollutant gas Volkswagen risk to collapse. This scandal could be the opportunity to move forward a European Union without fossil fuel.