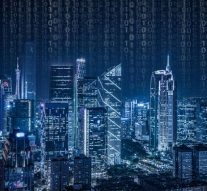 The discussion on the future of Europe never really flew. Mainly because of the lack of unity between the political groups for the goals and ambitions for the EU.

One of the aspects that has been taken the least seriously is the role of the EU in the global theatre. But this is also one of the reasons for the political groups and their respective visions on the future of the region to be coherent. In fact, the so-called traditional parties still see in Atlanticism and multilateralism the way forward for the world to be peaceful and prosperous. Others, mainly the parties on the extremes and the so-called populists, would rather shake the international order by bridging the political gap with Russia.

The two visions, that we brutally summed up here for the sake of conciseness, have of course many consequences on different levels. From the economic order to the institutional balance of powers. Nevertheless, there is still something in common among all the actors concerned – no party aims at building a strong international alliance with China.

Another important aspect of today’s world order that is about to change and that so far has been dealt with from an economic rather than a political point of view, is the digital revolution. The political instability that characterises many countries nowadays doesn’t allow the debate to be actually strategic in terms of how to better cope with it. We know that the labour market will be deeply shaken by the ongoing transformations. And yet there is no real strategy nor clear political aim to be pursued by governments, let alone the EU as a united actor.

Guess what? China and the 5G, and the digital revolution, in general, go along very well instead. Should the debate continue to be this shallow, with no political direction able to glance over the very short term, there is no doubt over the increasing dominance of China in terms of strategic thought.

In a digital world, a farsighted strategy is the one who wins. More than ever before. The country where The Art of War was thought and written is ready for it. The EU is currently not, and the longer the political scenario stay fragmented, the less the EU will be able to overcome successfully this historic change. From trade to working conditions, from salary-scales to the welfare state sustainability and infrastructures. Everything depends on the ability of the current political systems to understand, adapt and exploit at its better the consequences of the digital revolution. 5G infrastructures are crucial for it. China is in pole position.

The EU, for not being swallowed by the competition, must adopt a different political setting, one that is able to take decisions and solve the tensions with the US to boost and direct investments that provide the EU with strong infrastructures. Decisions that allow the EU to root better relations with Africa – better than now and better than China – and extend its digital infrastructural potential. Decisions that are able to lead.

Digitalisation doesn’t wait for the political system to adjust to the ongoing social transformations. Nor does China, who could only gain out of European bewilderment.