Home / Migration / The Huge Distance Between Words and Facts 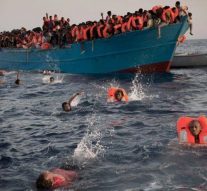 No Comments on The Huge Distance Between Words and Facts 35

Last week in Strasbourg was not a week like any other. Thanks to the French President, Emmanuel Macron, who lighted up the scene with his speech to the European Parliament.

The speech dealt with a very complex and articulated issue: the future of the European Union. Too often this issue has not been considered as whole. Indeed, it is a matter of values, a matter of global changes and challenges. To discuss about the future of Europe it is also important to save the Europeans democracies; it is a way to answer people’s question, requests and fears.

European people want to learn more about the environment and climate changes, the stability of the Middle East and Northern Africa (especially Libya), the new relations with the US after Trump’s troubles with China about tariffs and trade, the problem of migrations in the Mediterranean Sea and in Eastern Europe. European people also request more and better work opportunities for young people, in particular in Southern Europe.

All the European leaders have to face all these issues once and for all.

For sure, one of the most important issue is migration. The answer of the European Union to this phenomenon is actually not enough. People dying in the Mediterranean Sea and all the episodes of racism against migrants all around Europe are the evidences of the insufficiency of the European Union policies on this item.

In his speech Emmanuel Macron faced the problem. In fact, he said that it is necessary to “unblock the poisoned debate over the Dublin Regulation and relocations, but also by going beyond this debate, building the external and internal solidarity that our Europe needs. I propose to create a European program that supports the local communities hosting and integrating refugees”.

From his word it is clear that Macron has understood that the migrants’ issue is not just a matter of numbers. He demonstrated that he has understood that these people, once they arrived in Europe, must have the opportunity to integrate themselves seriously with the society, to become European citizens and to be able to realize their ambitions.

At the same time, the whole “saving and hospitality” chain should be more controlled. There are often some cooperatives, for example in Italy, that didn’t spend properly the money given to them: many abuses were recorded, they let live migrants in very bad conditions without taking care of them. It would be therefore appropriate to carry out more careful and frequent controls on these cooperatives. Money is something, but not enough.

The day after Macron’s speech, the political group GUE/NGL called a press conference, hosting a guest who gave us a tragic proof of the migration problem. The special guest of the conference was a Tunisian fisherman, that explained what he is too often forced to do: take corpses from the Mediterranean Sea. He also said that he always tries to give them a worthy burial, as a last effort to restore their dignity. At the end of his speech he added that he has asked to the Tunisian Government more space to enlarge his cemetery, that already counts more than 400 corpses, because he knows that summer is coming and the number of dead people in the Mediterranean Sea will increase soon.