Home / Economy / Elections across Europe and their economic agenda 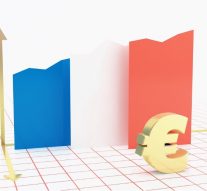 No Comments on Elections across Europe and their economic agenda 23

This year brings Europe to a number of challenges related to changing the economic and political situation on the old continent. During 2022, several elections will be held, the most important of which are in one of the most important member states of the European Union – France. In addition, elections will be held in Hungary, Slovenia, and Serbia. Elections in France will be held on April 10th, with an almost certain second round to be held two weeks later.

According to numerous polls, the elections in France will be among the most uncertain in recent French history. France’s economy has grown at its fastest rate in more than 50 years, as the country recovers from the pandemic’s economic shock. According to newly released data, the French economy grew by 7% last year, the fastest rate since 1969, as the economy showed resilience in the face of supply chain disruption. It comes after an 8% contraction in 2020, when the economy was thrown into a deep recession by lockdowns and restrictions to combat COVID-19.

France has posted its strongest growth in over 50 years, as the economy recovered from the economic shock of the pandemic. French GDP expanded by 7% last year, data just released shows – the strongest annual expansion since 1969, as the economy showed resilience in the face of supply chain disruption. It follows an 8% contraction in 2020 as lockdowns and restrictions to fight Covid-19 drove the economy into deep recession. France’s economy grew by 0.7% in the last quarter, faster than expected, but slower than the 3.1% growth in July-September as the latest wave of infections hit Europe last autumn. Consumer spending increased by 0.4 percent in the first quarter of 2021, following the relaxation of restrictions earlier in the year. Business investment, or gross fixed capital formation (GFCF), increased by 0.5 percent, boosted largely by IT services spending. According to INSEE, France’s economy has now expanded ‘significantly’ beyond pre-crisis levels, with gross domestic product returning to pre-pandemic levels in Q3.

At the same time, on April 3, Hungary will hold parliamentary elections. Prime Minister Viktor Orban and his Fidesz party will face a united front of six opposition parties for the first time since taking power in 2010. On election day, voters will also be asked to vote in a referendum on four government questions about the LGBT community, as part of Orban’s campaign to portray himself as a defender of traditional family values. Slovenian President Borut Pahor signed a decree today setting April 24 as the date for regular general elections in the country. The election campaign will officially begin on March 24, and anyone who wishes to participate in the elections can do so until then.

Serbia will host one of the most interesting elections for regional occurrences in the Balkans. There will be presidential, parliamentary, provincial, and local elections. According to many analysts, the election will be a watershed moment in the tense bilateral relations between Bosnia and Croatia, as well as on increasingly sensitive issues with Montenegro.

All the countries that will hold the elections are however expected to have economic growth during the 2022. Slovenia’s GDP growth forecast for 2022 has been lowered to 3.8 percent by the European Commission. It also now forecasts a 4.0 percent growth rate for EU economies in 2022, down from the 4.3 percent predicted in the autumn. According to our econometric models, Serbia’s GDP will trend around 65.08 USD billion in 2022 and 69.38 USD billion in 2023 in the long run. The gross domestic product (GDP) is a measure of a country’s economic output and income.

It is difficult to say whether Macron will return to lead France for another term or whether someone else will take his place. He will undoubtedly point out that Le Pen and Éric Zemmour are a threat to the EU and France, but it should be remembered that Marin Le Pen is still attempting to integrate into the mainstream and present himself as a viable presidential candidate. Éric Zemmour on the other hand, is by no means a moderate because he represents a controversial segment of French society that opposes the previous policy. In any case, their chances are difficult to assess at the moment because the electorate has a tendency to avoid admitting in advance that they will vote for them, even if they may do so.