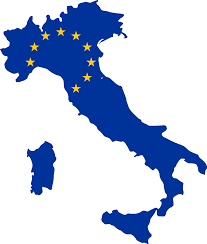 Last February, the European Commission gave its green light to the Operational Programme for Culture and Development for Italy, as well as to 11 ERDF Regional Operational Programmes for the period 2014-2020. The regions concerned are Emilia-Romagna, Lazio, Liguria, Lombardy, Marche, Piedmont, Tuscany, Umbria, Valle d’Aosta and the Autonomous Provinces of Trento and Bolzano.

Programmes for other remaining regions have also been presented, along with the National Operational Programmes on Legality (former Security), Research & Innovation, Enterprise & Competitiveness and Metropolitan Cities. However, an approval from Brussels will not come shortly. In fact, around next May, the Council and Parliament will agree on the EU financial perspectives for next year. The risk is that the changes agreed upon will likely consist in a reducing of European funds for regions lagging behind and unable to spend.

The 11 ROP will cover several key priority areas which, according to new EU regulations, are the cornerstones of ERDF funds for 2014-2020: innovation and research; digital agenda; support for small and medium-sized enterprises; low-carbon economy.
Strong emphasis has been put on this latter objective. The Partnership Agreement signed by the Italian Government and Brussels last October imposes mandatory minimum percentage of investments in the production of sustainable energy, including energy efficiency: at least 12% for less developed regions, at least 15% for Regions in transition and at least 20% for more developed regions. The aim is to support the transition to a low-carbon economy in all sectors; reduce energy consumption in public facilities; and increase the use of renewable sources.

We will now give a short overview on each of the approved Programmes.

The program has a budget of 490.9 million euro, of which 75% is allocated by the European Union (368.2 million euro), and the remaining 25% (equal to 122.7 million euro) comes from national co-financing.
The NOP “Culture and Development” is intended to cover 5 regions of Southern Italy – Basilicata, Calabria, Campania, Apulia and Sicily – and to support the development of the area through conservation of cultural heritage, strengthening of tourism services, and support to the value chain connected to the entrepreneurial sector.
Managed by the Italian Ministry of Cultural Heritage and Activities, the Plan is dedicated to the preservation and enhancement of the main cultural sites of the Southern regions, and the promotion of small and medium enterprises in the fields of tourism, culture and creativity.

The allocation foreseen for the Emilia Romagna Region is about 482 million euro.
The resources include 145 million for research and innovation, 24 million euro for the development of ICT, 120 million for the competitiveness and attractiveness of the regional system, 96 million for the promotion of low-carbon economy, and about 29 million for the implementation of the urban agenda for smart and sustainable cities.
The approved Programme builds on the strategy of smart specialization of the Emilia-Romagna Region, for which research and innovation is the thread connecting businesses and regional production with human capital.

A series of investments will be made to share and promote growth, support small and medium-sized enterprises and create new jobs.
With a total budget of 913 million euro, of which approximately 456 million are financed from structural funds, the Programme will: promote the competitiveness of SMEs, with 276.4 million (30.3% of the total); strengthen research, technological development and innovation, with 180 million (19.7% of resources); promote energy efficiency and sustainable mobility, with 176 million (19.3% of the total); support to the Digital Agenda Lazio, with 144.2 million (16.9% of the resources).

The ROP ERDF Liguria Region has a total budget of 392.5 million euro. The funds allocated to the region will respond to the emergency created by recent flooding in Genoa. An integrated project for the protection and safety of the area of the river Bisagno will be realized partly through the funding of to be funded in part by the National Operative Programme “Metropolitan Cities”.

With the bigger operational program approved, Lombardy Region has a budget of 970.4 million euro. The funds, along with interventions for technological innovation and the competitiveness of SMEs, will be used to renovate housing in urban areas. Among the objectives of the Operational Programme , the reduction of energy consumption in public buildings.

The package provides for Piedmont Region a total investment of 965.8 million of euro. The targets of the OP are: to promote economic growth, especially SMEs, also by facilitating access to credit (€ 212.4 million – 22%); to strengthen research and innovation (€ 355.2 million – 36.7% of the resources); to promote energy efficiency and the use of renewable energy (€ 193.2 million – 20% of the total); to stimulate technology development, expand the broadband infrastructure and access to related services (88.2 million – 9.1%); to support sustainable urban development (€ 48.2 million – 5%); to preserve and promote the natural and cultural heritage (29.8 million – 3.1% of the resources).

The investments planned are equal to 337 million euro, of which over 168 are guaranteed by the ERDF. Priorities will concern the strengthening of research, technological development and innovation (with € 114 million), promotion of the competitiveness of SMEs (supported with 67.8 million), improving access and use of ICT (24.3 million), prevention of landslides and coastal defense (23 million), development of cultural tourism (about 33 million euro available).

Over 792 million are the funds available for the Tuscany Region. The Operational Programme focuses on the smart specialization strategy developed at the regional level. Tuscany chose to anticipate with its own funds, more than 80 million euro, the resources to start the calls and thus give oxygen immediately to businesses. The Region has done a precise choice directing its intervention to businesses and allocating them 72% of the total the fund, which is about 560 million euro.

The OP 2014-2020 for the Umbria Region counts on more than 356 million, of which over than 178 million euro are made available from Brussels, around 124 million from national co-financing and more than 53 thousand of euro from regional co-financing .
The priorities are to: extend and expand the service of ultra-wideband and fast access, develop ICT services and e-government (31.9 million – 9% of total resources); strengthening research, technological development and innovation (101.8 million euro – 28.6%); promote the competitiveness of SMEs and to facilitate access to credit (85.5 million – 24%); promote efficiency and conversion efficiency in the public and private sectors, support the use of renewable energy (55.9 million – 15.7%); enhance the natural and cultural heritage (36 million – 10%); promote sustainable mobility, ICT solutions and the use of cultural heritage in urban areas (30.8 million – 8.6%).

The total budget for Region of Valle d’Aosta is 64.3 million euro. Resources will be used to support initiatives for research, technological development and innovation; develop the ICT sector, including through the completion of broadband; promote the competitiveness of SMEs , energy efficiency of public buildings and sustainable urban mobility; sponsor tourism through the restoration and enhancement of cultural heritage, and supporting the integration of different territorial resources.

Autonomous Provinces of Trento and Bolzano

The approved OP for Trento will rely on a budget of 108.6 million euro, while the total contribution for the package for Bolzano Province is equal to 136.6 million euro.