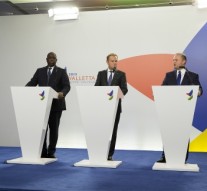 The Summit that took place in Valletta on 11/12 November 2015 was attended by 60 European and African Heads of State and government. Eagerly awaited, the meeting was expected to address cooperation between the two continents in the area of migration, recognised as a shared responsibility. At the meeting, leaders adopted a political declaration and an Action Plan.

The agreed initiatives aim at enhancing cooperation on legal migration and mobility by fostering well-managed mobility between and within the continents as well as encouraging policies that promote regular channels for migration. At the same time, they aim at preventing and fighting irregular migration, migrant smuggling and trafficking in human being, through effective border management, enhanced cooperation and the implementation of the relevant legal and institutional frameworks.

To this end, participating States agreed to step up operational cooperation between EU agencies and African law enforcement authorities and launch projects to strengthen institutional capacities and carry out joint investigations.

Another important topic was the improvement of cooperation on return, readmission and reintegration. EU and African representatives announced further measures to facilitate return and readmission of migrants, but committed to carry our returns in full respect of human rights and human dignity and agreed to give preference to voluntary return.

The Action Plan mentions concrete actions to be implemented to achieve the aforementioned goals. Some of them are already to be implemented by the end of 2016. Among the most important, mentioned by Donald Tusk during his speech, we can recall the following:

To support the implementation of these initiatives, a Trust Fund was also launched by the European Union. Announcing the trust fund, the President of the European Commission, Jean-Claude Juncker said: “To succeed, we need to work together with other European countries and our partner countries in Africa in addressing the root causes of irregular migration and promoting economic and equal opportunities, security and development.”

Valerie Ceccherini of the Norwegian Refugee Council, reported that “the tougher return policy is coming from Europe, it is not coming from the Africans; they do not want this.” Many European organisations are also worried by the emphasis placed on return and readmission in cooperation for development and also the lack of meaningful commitment on the implementation of new legal channels for refugees.