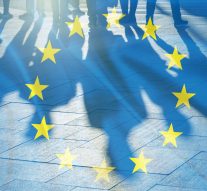 No Comments on The EU budget for Migration 175

The Commissioner in charge of Budget and Human Resources Günther H. Oettinger said:“[…] We invest even more in areas where one single Member State cannot act alone or where it is more efficient to act together – be it research, migration, border control or defence. And we continue to finance traditional – but modernised – policies, such as Common Agricultural Policy and Cohesion Policy, because we all benefit from the high standard of our agricultural products and regions catching up economically.”

If we look at the proposed figures, we can see a significant increase in funding: EU budget over 2014-2020 was €7.3 billion: €0.45 for Decentralised agencies and €6.9 for the Asylum, Migration and Integration Fund.

Under the Asylum and Migration Fund, €10.4 billion, there are three main priorities: “A stronger and more efficient Common European Asylum System”, “a greater support for integration” and “faster and more frequent returns”.

Moreover, we have to consider that money must be given to all the Member States they need for it. Indeed, these figures don’t disclose how much a Member State will receive.

For this purpose, the Asylum and Migration Fund is managed in this way: “€6.3 billion in long-term funding to support Member States in managing migration, reflecting their needs. Each Member State will receive a fixed sum of €5 million with the remainder distributed based on an assessment of the pressures faced and taking into account proportions in the area of asylum (30%), legal migration and integration (30%) and return (40%) […]. €4.2 billion will be reserved for resettlement projects and facing emergencies”.

Currently the Budget is still under discussion by the three main EU Institutions. In a resolution in mid-November, the European Parliament has demanded an increase of the budget. In this timeline regarding the 8th of January, the Romanian Presidency of the EU Council says that the Council will meet up in the upcoming months to talk about the 2021-2027 Budget.

It’s very hard that it will be approved before this year’s European Elections, as the Commission has auspicated. Indeed, the EU Commission president Jean-Claude Juncker knows very well that the next European Parliament will probably have many more euro sceptics MEPs and, for this reason, it will be harder to figure out an agreement on the budget and every sensitive issue like migration.

The Budget battle is open and far from been ended. Only after the elections we will maybe have the winner.