On  June 22, the Council of the European Union decided to launch a military operation in the southern Central Mediterranean called EUNAVFOR MED, with headquarters in Rome and an initial mandate of 12 months. The decision has been taken in the framework of the comprehensive EU response to the migration situation in Europe.

The mission of the operation is to identify, capture and dispose of vessels and enabling assets used or suspected of being used by migrant smugglers or traffickers. According to the Council, the operation will be structured in three phases, in full compliance with international law. The initial phase will surveil and assess human smuggling and trafficking networks in the Southern Central Mediterranean. The second and third phases of the operation would work to search, seize and disrupt the assets of smugglers, in partnership with Libyan authorities. In particular, the second phase will provide for the search and the seizure of suspicious vessels, while the third will allow the disposal of vessels and related assets, and the apprehension of traffickers and smugglers.

While the first phase is a naval operation with the objective to gather intelligence via sea patrol, the second and the third will require the green light from the UN. 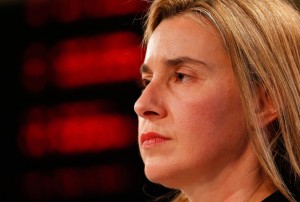 A newspaper reports that U.K., France, Spain and Lithuania are currently drafting a UN resolution in New York to ensure support to this operation.

Nevertheless, it will be quite challenging to obtain the UN  support. Indeed, in May the HR/VP Federica Mogherini outlined to the Security Council the Commission’s proposal to intervene militarily on Lybian coast. The plan has been rejected, also due to the high risk to cause a huge number of civilians deaths.

Even if now the EU countries have agreed on supporting the operation, it will be very difficult to obtain the UN mandate also because of the tense political situation in Libya, where the two capitals of Tripoli and Tobruk seem to not be able to find an agreement on how to solve the conflict.