Home / Social Policy / The EU Budget Proposal for 2021–2027: Key Innovations but a Long Way for the Approval 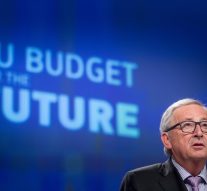 No Comments on The EU Budget Proposal for 2021–2027: Key Innovations but a Long Way for the Approval 102

On the 2nd of May, the EU Commission started a crucial debate for European citizens’ daily lives: the proposal for the budget of the Union for the 2021–2027 period marks the beginning of the negotiations that will be concluded with the approval of the Members States. Indeed, the final figure on the Multiannual Financial Framework (MFF) will only be determined after the talks with Parliament and Member States. But the Commission set out a proposal that is, for sure, an important basis and that indicates how big the future EU budget should be, how it should be filled, and what are the main priorities for future funding.

The EU Commission proposes a long–term budget of €1,135 billion in commitments over the period from 2021 to 2027. “Today is an important moment for our Union. With today’s proposal we have put forward a pragmatic plan for how to do more with less”, asserted EU Commission president Jean Claude Juncker. And in order to finance new priorities, according to the Commission, the current levels of funding will have to be raised, although Brexit and the opposition of some Member States wanting to spend less for the Union.

Investments in areas such as research and innovation, youth, digital economy, border management, security and defense are considered crucial by the EU. And the budget of the Erasmus+ program will be doubled: the successor programme to Erasmus+ is to receive €30 billion from the European Commission’s proposal for the EU Budget for 2021–2027. On the other hand, the EU Commission proposes that funding for the Common Agricultural Policy and cohesion policy will be reduced by around 5%. Thus it could be highlighted that the new proposed budget reflects the EU’s updated priorities, with increased funding for research and innovation, for youth, for climate and environment, for managing migration and integration. Other areas were the EU intends to devote more attention are the European External policy, up to 26% to reach €123 billion in the future long–term EU, and the Defence with a new budget (of €13 billion, over the 7 years’ period) dedicated to the European Defence Fund.

But a part from security and defence, the biggest increase of resources proposed seems to be related toward youth and social needs of population. As envisaged by the Commission, a strong and stable Economic and Monetary Union is a precondition for jobs, growth, investment and social fairness in the Union as a whole. This is why the Commission proposes: a new Reform Support Programme, with an overall budget of €25 billion; and a European Investment Stabilisation Function which will help to maintain investment levels in the event of large asymmetric shocks.

Furthermore, the 28 EU Commissioners have unanimously agreed to spare both research and the Erasmus student exchange programme from spending cuts in the 2020s, and, as the EU budget commissioner Günther Oettinger highlighted, to explore ways to increase the R&D budget. While many areas are facing cutbacks, the money going to the research and innovation is set to rise. In total the planned budget for research and innovation amounts to 114,8 billion euro. Blocking the European Commission’s proposed spending increase for research and innovation would leave Europe on “the loser’s path” in fields such as artificial intelligence and high performance computing, Oettinger warned after some member states complained the increase is too high namely if compared with the cuts on cohesion policy and agriculture.

Another area of dispute, in this case with many Eastern Europe Member countries, is the new mechanism that links EU funds to the respect of the Union standards and rules. This is maybe the key innovation of the first post–Brexit budget plan: the EU wants to help the Countries that respect the Union’s common laws (on migrants, economy and rule of law) and penalize those Countries that do not, in order to smooth their “negative” approach. In this regard, a major innovation in the proposed budget is the strengthened link between EU funding and the rule of law: respect for the rule of law is considered to be an essential precondition for sound financial management and effective EU funding. For the first time the EU Commission propose to “suspend, reduce or restrict access” to funds for Member States that breach the rule of law.

Not all the Member countries are happy with this approach and it will not be an easy task for the EU to overcome this hurdles. “There can be no space for arbitrariness,” Poland’s deputy for the (?) European affairs, minister Konrad Szymanski, commented in relation to the new mechanism. And in the past months also Romania President, Klaus Iohannis, warned clearly that any linking of funding to rule of law issues would go against the EU treaties.

In this context the budget must be approved unanimously by all remaining 27 EU States, and by the European Parliament. On the one hand the big budget contributors such as Germany, France or Italy could back tougher conditions on net beneficiaries such as Poland or Hungary, but on the other hand it will not be an easy task to have the unanimous approval of this controversial innovation, due to the possible position of other Eastern Europe Members States or other counties not happy with the approach suggested by the Commission. Meanwhile the EU Commissioner Oettinger called for the new budget 2021–2027 to be agreed on by the time EU leaders hold their first post–Brexit summit in Romania in May 2019.