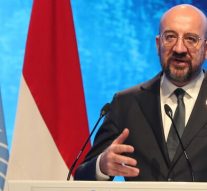 No Comments on The EU resilience to Russian energy war 16

The Russian war of aggression to Ukraine became an “energy war” towards Europe with strong impact on its economy. In the meantime, Europe is showing its resilience accelerating on renewable energies and diversifying sources of gas. And for Russia the war does not seem convenient for its energy revenues either.

“The Kremlin has chosen to make energy a weapon of mass destabilization. It is pointing this weapon directly at Europe and at Europe’s global energy markets. In the same vein, it has chosen to weaponize food and fertilizers. And, with utter cynicism, that weapon is being pointed at the most vulnerable and at developing countries”, said the President of the European Council, Charles Michel, during his speech at the Climate Conference COP27 in Egypt.

In a recent interview at Euronews,  Fatih Birol, the executive director of the International Energy Agency (IEA), said that Russia will lose the energy battle it is waging against the West. “Just before the invasion (of Ukraine), about 65% of the Russian total gas exports went to Europe and 55% of the Russian oil export went to Europe,” Birol told Euronews “Europe was by far the largest market, the largest client for Russia, and Russia lost this client forever. The biggest client”, Birol added.

The EU objective remains the same: climate neutrality by 2050 with net-zero emissions and independency from Russian fossil fuel. However, in his speech at COP27, Michel said: “We need to be realistic, and this means adapting our energy transition strategy to the new geopolitical context. We are stepping up investments in renewable energy sources, but we will need to rely on all energy sources in making the transition. We need to diversify as much as possible to ensure security of supply, while also recognizing that developing countries need gas for their development and their energy transition”.

For the same purpose, MEPs in the Industry, Energy and Research Committee of the European Parliament, back plans to boost the deployment of renewable energies. The draft legislation was proposed by the Commission as part of the RepowerEU package, which aims to cut European dependence on fossil fuel imports from Russia, following its aggression of Ukraine. In particular, the proposal will amend the Renewable Energy, the Energy Efficiency and the Energy Performance of Buildings directives, on which separate revisions are ongoing as part of the “Fit for 55” package. The proposal aims to accelerate the procedure to grant permits for new renewable energy power plants, such as solar panels or windmills, or to adapt existing ones. In their amendments to the Commission proposal, MEPs reduced the maximum period to approve new installations from twelve to nine months, if located in the so-called “renewables acceleration areas”. For other areas, the process should not exceed 18 months instead of two years as originally proposed.

Furthermore, in October the European Commission presented general proposals to introduce a “dynamic price ceiling” for gas imported into the EU.  On the 24th of November the EU Energy ministers will meet, but it seems there is not yet a legal proposal by the EU Commission on the issue. Instead, the EU Commission gave another  detailed scheme, “non-paper”, to EU member States on what the gas price “correction mechanism” could potentially look like. The document outlines also the “advantages and risks” of such a measure and it should be a basis for further discussions with member States on the issue.