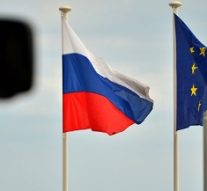 No Comments on EU-Russia economic relations: a new stage ahead? 158

“European sanctions are definitely having an impact on [Russian President Vladimir] Putin’s Russia, but we can afford these sanctions only because, and as long as we have a strong economy”. This is what German Finance Minister Wolfgang Schaeuble reported at a Brookings Institution conference in Washington. He furthermore added that maintaining the EU economic sanctions against Russia will depend on the overall economic strength of the Union. Is it really like that? Are the EU-Russia economy relations ahead of a new stage?

On December 10th last year, the leaders of the European Union (EU) gave the green light for the six-month prolongation of economic sanctions that were imposed against Russia because of its roles in the conflict in Ukraine. This seems not to be the only reason for the deterioration of bilateral relations among the two sides. Arrest of the oppositional leader Alexei Navalny at the end of January was another bone in European relations as Russian Federation, French President and German Chancellor informed other EU heads of state and government about the state of negotiations in the so-called Normandy format during the EU summit in Brussels, last year.

They recommended the prolongation of the sanctions because of the little progress. The Normandy format is a diplomatic process involving Ukraine, Russia, Germany and France, aimed at resolving conflicts in parts of eastern Ukrainians between separatist formations that support Russia and the Kiev government.

There has been no formal summit of the Normandy format since December 2019, while before that it was held in October 2016. The sanctions were first adopted in July 2014 after Russia forcibly annexed the Ukrainian peninsula of Crimea and began providing military support to separatists who were against Kiev in a conflict that killed more than 13,200 people. Since then, sanctions have been in place for all six months. The EU ambassadors will officially order weeks to produce measures that are mainly aimed at the Russian financial, energy and defense sectors.

As Iikka Korhonen argues, it appears that Russia and its most important trading partner – the European Union – have in many ways become less integrated as a result of Russia’s aggressive foreign policy and violations of international laws. While sanctions have in all likelihood helped to deter a further deterioration of the situation in eastern Ukraine, it is currently difficult to be optimistic about a speedy resolution to the crisis. It seems that the EU and Russia achieved a state of “strategic partnership” as Nivedite Kapoor claims, rather than the new stage ahead. She notices that in the absence of any improvement in Russia-EU ties in the short to medium-term, it might be pertinent to focus on building bilateral ties between Russia and individual European states. Moscow has in fact specifically named Germany, France, Italy and Spain in its foreign policy concept for improving ties to promote its interests.

Yet, as discussed in the earlier sections, this will not be easy, as seen in the case of a steady decline in Russia-Germany ties. Furthermore, it will prove difficult to “fully separate” bilateral engagement with EU states from that with the organisation as a whole. One solution has been advanced in the form of mutual recognition of “diversity” and good neighborhood as forming the new basis of building relationships in an effort to reduce the ideological component.