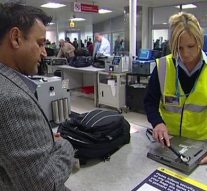 Today, the European Commission has issued a proposal aimed to settle a single EU certification procedure for aviation security screening equipment. The new EU system of mutual recognition for security equipment will help overcome market fragmentation, strengthen the competitiveness of the EU security industry, boost employment in the sector and ultimately contribute to improving aviation security across Europe.

In the aftermath of the Brussels attacks, on 23 March 2016, President Juncker announced that, if Europe wants to effectively combat the threat of terrorism, needs a Security Union building on the European Agenda on Security. On 20 April, the Commission set out the way forward towards the achievement of an effective and genuine EU Security Union. As part of the announced initiatives, the Commission confirmed that proposals on airport screening equipment certification would be presented in 2016.

What are Aviation security Screening equipment?

Aviation security screening equipment is the security equipment used for the screening of persons – such as passengers and airport staff – cabin baggage, hold baggage, supplies, air cargo and mail.

“Technology can help us to prevent threats before they materialise, and strengthen the security of European citizens and the resilience of European society as a whole.” Commissioner for Migration, Home Affairs, and Citizenship Dimitris Avramopoulos said: “Today’s proposal, by simplifying and harmonising the rules for the certification of airport screening equipment, will ensure that our high security screening standards are applied at airports everywhere in the EU. It will also contribute to boosting the competitiveness of the European security industry and improving its capacity to offer solutions enhancing the security of European citizens.“

This kind of equipments for the aviation sector represents a significant market, as its annual global turnover is estimated around €14 billion. In the EU alone, it represents €4.2 billion. Yet, due to national certification procedures hampering market efficiency and the free movement of goods, the EU’s internal market for screening equipment is fragmented  at the moment.

What will be the difference between the current legislation and the new one?

Although the existing EU legislation (Regulation (EC) No 300/2008) imposes technical specifications and performance requirements for aviation security screening equipment at EU airports, it does not establish a legally binding EU-wide conformity assessment scheme to ensure that the required standards are met at all EU airports.

Under the current rules, Member States have the possibility to either recognise certifications of other Member States, require additional testing to verify if the equipment meets the requirements prescribed by EU legislation or even to hinder its use on its territory.

Consequently, equipment certified in one EU Member State cannot be put on the market in others. The Commission’s proposal will then set up a single EU certification system based on a common testing methodology and the issuance of certificates of conformity by manufacturers, which would be valid in all EU Member States, according to the principle of mutual recognition.