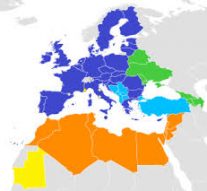 The EU is committed to fostering regional integration and cooperation in the Southern Neighbourhood, also in the framework of the Union for the Mediterranean. The EU seeks to actively promote good governance, democracy, rule of law and human rights as cross-cutting priorities and to deepen its dialogue with and support to civil society. It is expected that the knowledge generated will help policy makers in the EU and in the Southern Neighbourhood, and beyond, to devise more robust and relevant policies. It is also expected that this will allow researchers, particularly from Southern Neighbourhood countries, to explore new subjects, gain recognition for their work and develop their skills and competences through peer-to-peer learning.

The global objective of this call for proposals is to contribute to an increased awareness and evidence-based policy making of regional and national actors in relation to areas of relevance for the European Neighbourhood Policy in the Southern Mediterranean region.

The specific objectives of this call for proposals are:

The priorities of this call for proposals are:

The project proposal must be presented by the lead applicant in partnership with at least four co-applicants or affiliated entities from at least three beneficiary States.

Projects must take place predominantly in the territory of the beneficiary countries, be written in English and have a duration of between 36 and 48 months.

Project proposals must be submitted to the Commission in electronic format through the PROSPECT system.

Actions must take place in one or more of the following countries:

The overall indicative amount made available under this call for proposals is EUR 5,000,000. The contracting authority reserves the right not to award all available funds.

Any grant requested under this call for proposals must fall between the following minimum and maximum amounts:

Any grant requested under this call for proposals must fall between the following minimum and maximum percentages of total eligible costs of the action:

Minimum percentage: 50% of the total eligible costs of the action.

Maximum percentage: 80% of the total eligible costs of the action

The deadline for the submission of applications is 2 September 2019 at 12:00 (Brussels date and time).